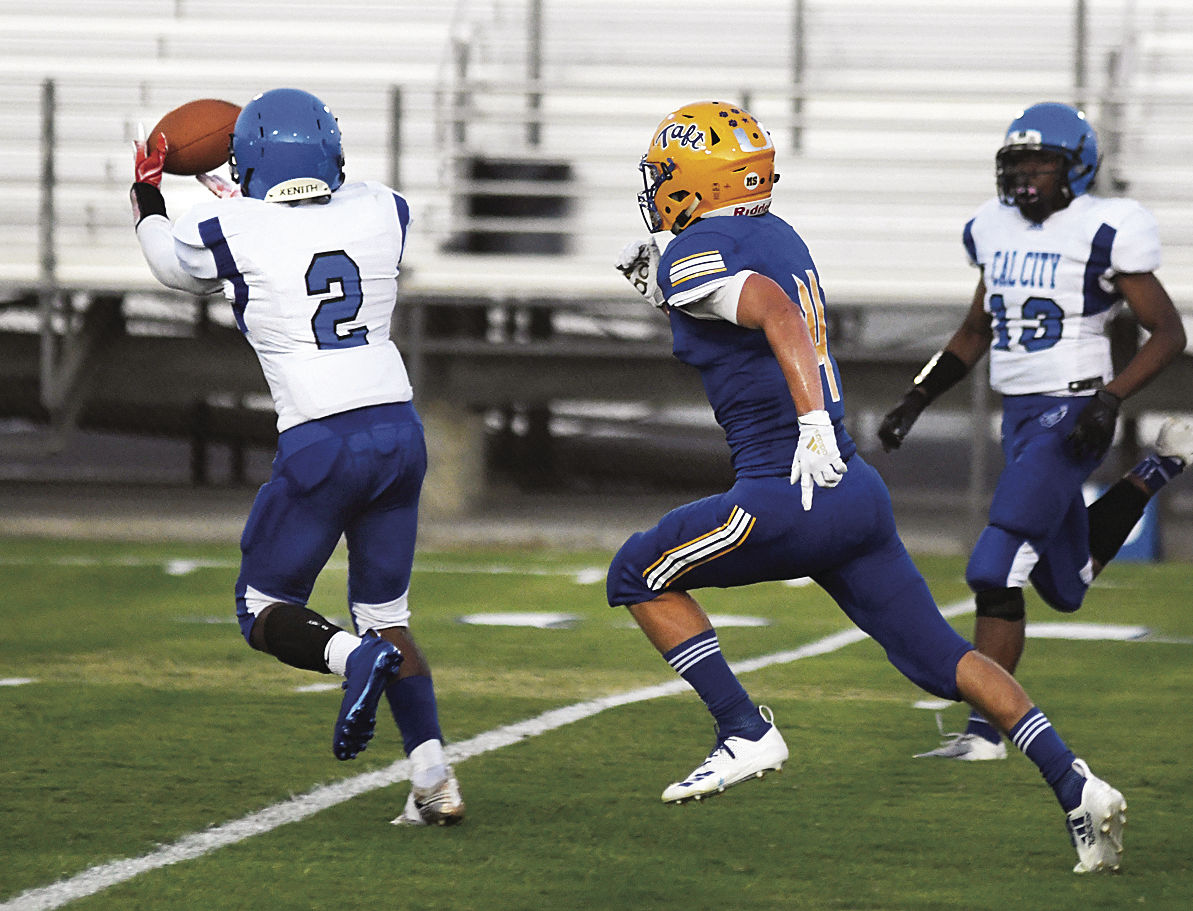 Kwamain Ross pulls in a 38-yard pass from Jeremiah Neal on the way to score California City’s only touchdown. 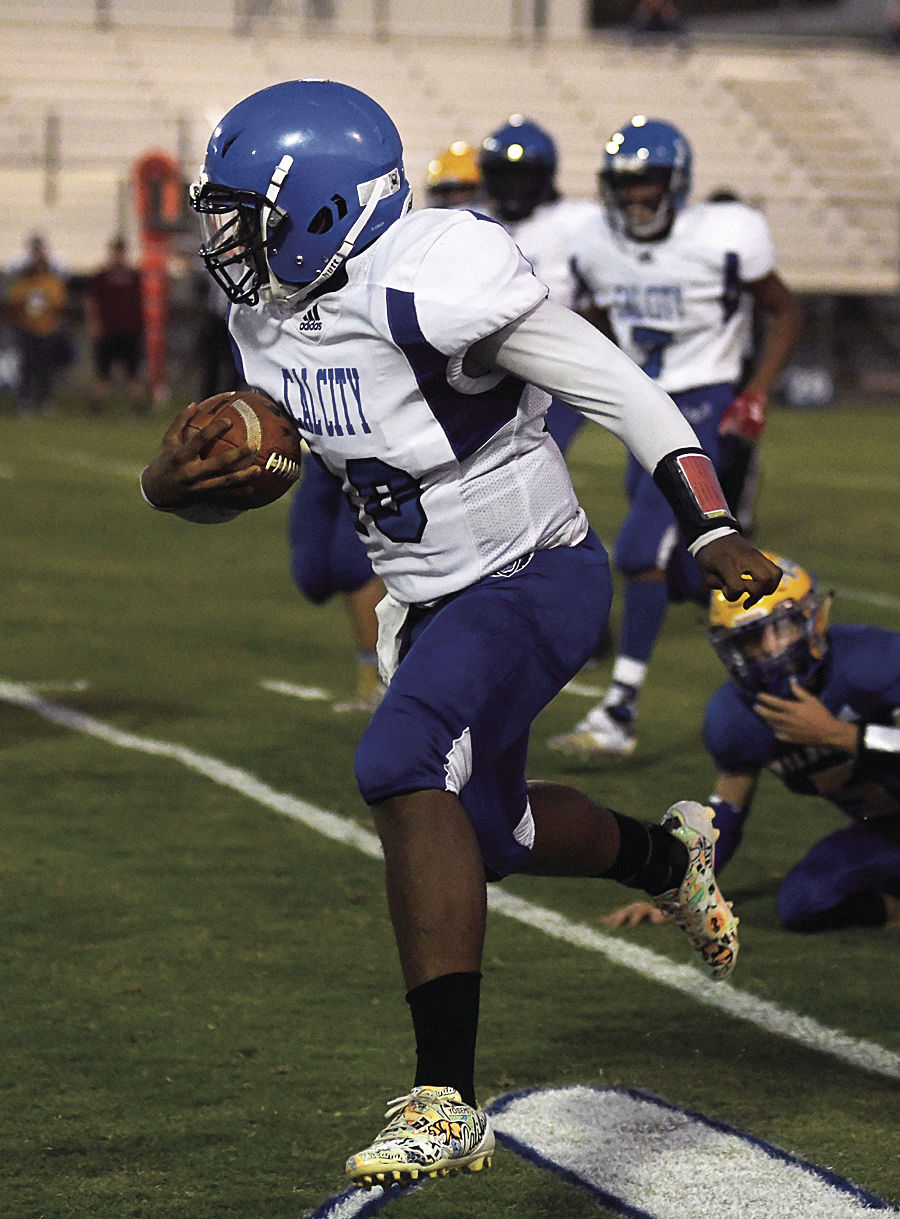 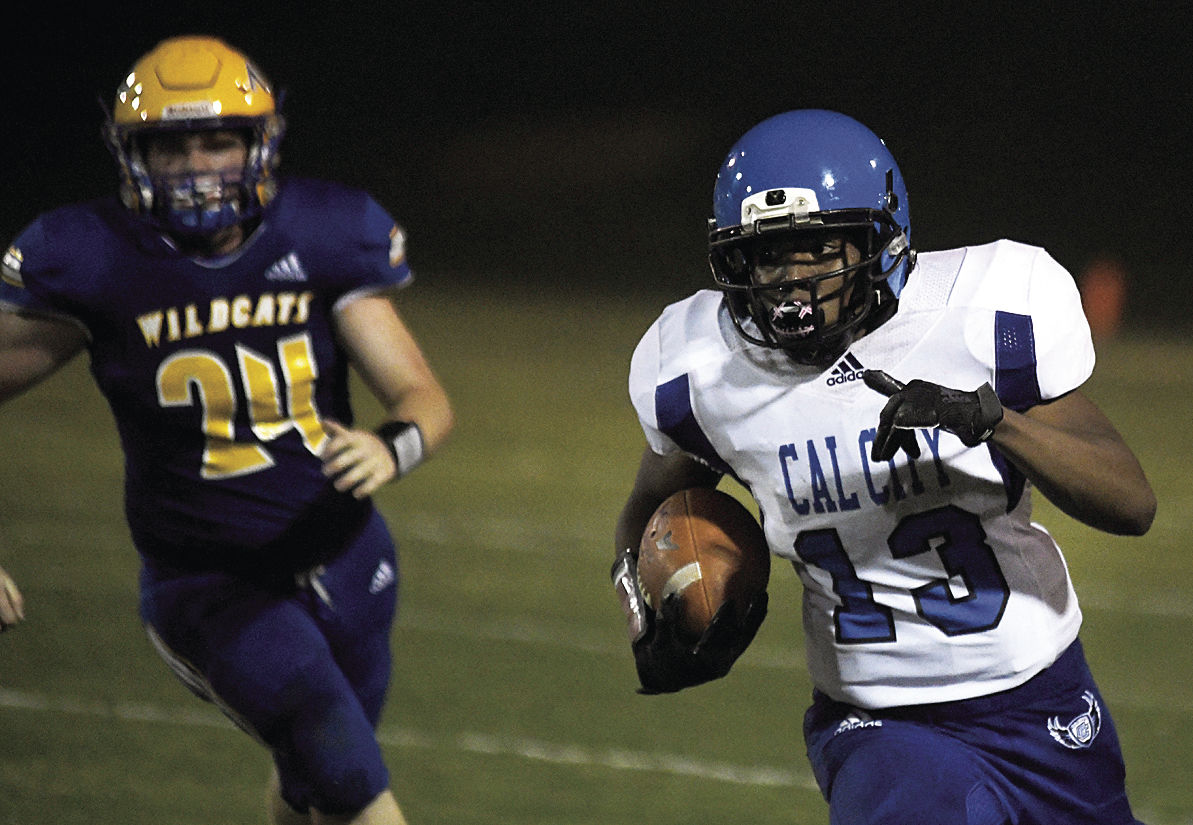 Kwamain Ross pulls in a 38-yard pass from Jeremiah Neal on the way to score California City’s only touchdown.

TAFT - The California City Ravens varsity team headed to Taft to take on the Wildcats on Aug. 30. It was the home opener for the Wildcats and the home town fans had crowded the stadium, but the Ravens did not seem to be bothered by this.

Last year when the two teams met, the Wildcats got the win in a high scoring game. The Ravens were a young squad at the time but over the course of the season, they came together and made it to the second round of the playoffs. Most of that team returned, hoping to return the favor to the Wildcats this year.

It was a good game, the defense was on showcase during this game, a lot different from last year. The Ravens began the game kicking off to the Wildcats. It was the Wildcats first drive and it was third down as they attempted a pass play when the Raven’s Khalil Mclin grabbed an interception. He was able to run the ball back for 19 yards to get it to the Wildcat’s 27 yard line and give his team a scoring opportunity.

The Ravens first offensive play resulted in a sack. They bounced back and were able to score when the quarterback found Roosevelt Toussain with a pass which resulted in a 38 yard touchdown play. The Ravens went for a two point conversion, but were unable to convert. They kicked off to Taft and the defense played tough and forced a punt. Cal City’s next drive began and they were chewing up the yards when a fumble occurred and the Wildcats recovered it.

The rest of the half played out the same way. Both defenses were not allowing much offense and the teams went back and forth, both having several fourth down play attempts rejected, resulting in a turnover on downs. Going into halftime, the score was still 6-0 with the Ravens on top.

After halftime, the Ravens began with the ball, only to see another drive stall out. Taft began moving the ball down the field and finally were able to tie the game up on a 16 yard rushing attempt. Later in the third quarter, the Ravens were forced to punt the ball away, but it was stopped on the Taft 1 yard line. The Wildcats were caught in the endzone by the defense and Cal City got 2 points to take the lead.

With the way the two teams were playing, this might be enough to get the win. With under five minutes to play in the fourth quarter, the Ravens defense forced another punt from the Wildcats. The Ravens moved the ball just enough to keep the clock moving and get through the Taft timeouts so that they could take a knee and end the game. The final score was 8-6 and Cal City had done what they had come to accomplish.

There were quite a few turnovers from the offense, but the defense put on a show all game long. The Ravens are now 1-1 overall and will look to the the next game Friday against the Foothill Trojans who also have a 1-1 record so far.