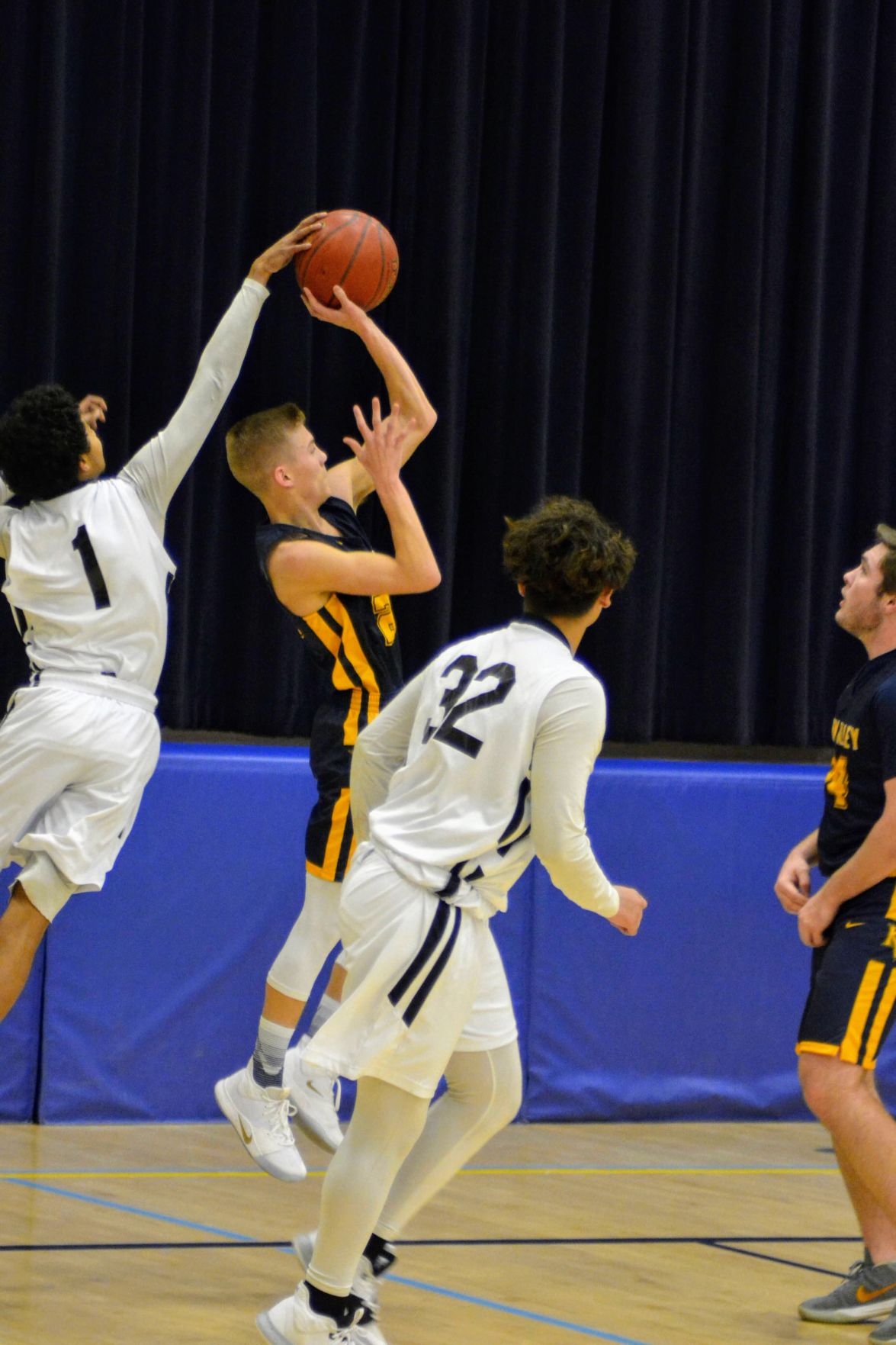 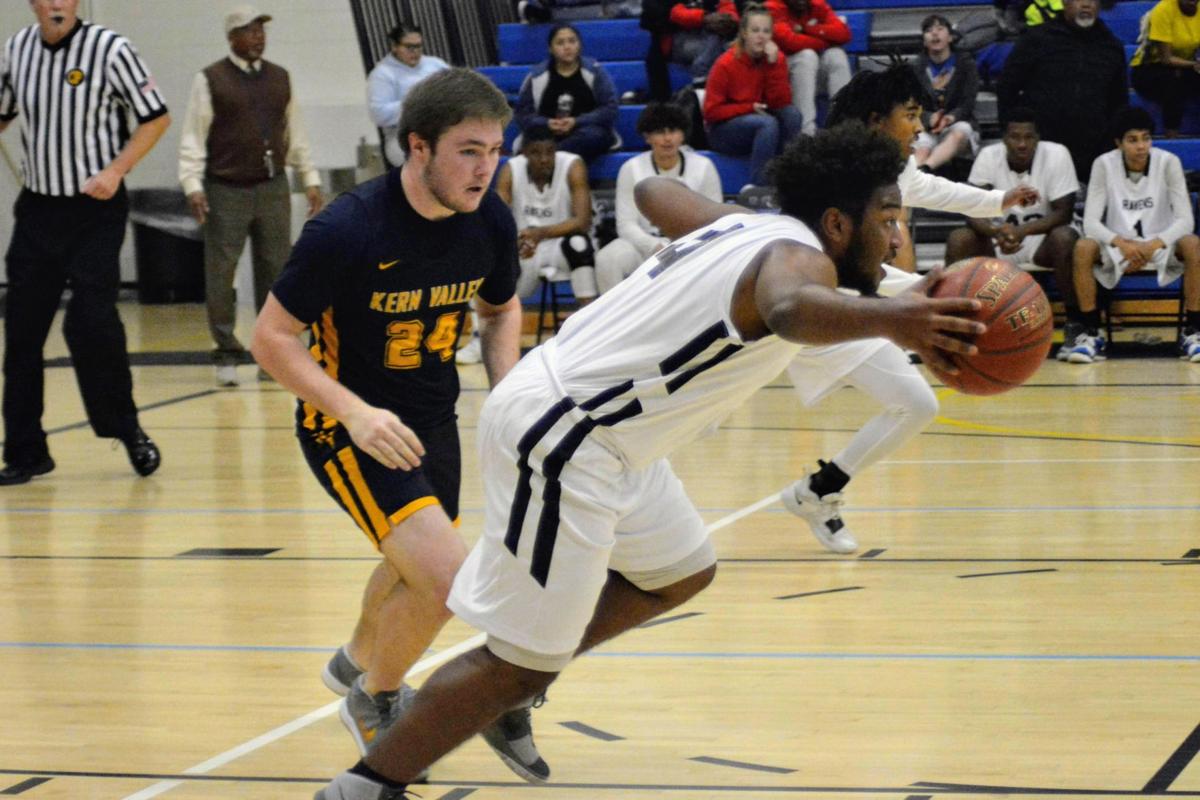 CALIFORNIA CITY – The home conference game with California City versus Kern Valley Jan. 14 was an electric and exciting match between the teams as there was energy traveling from the court to the crowd and back and forth. The Ravens came out on top, with a score of 77-47 over the Broncs.

Both teams were pumped and ready to give it their all with blocks, three pointer shots from Cal City and dives saving the ball at all cost. The passes from CCHS were well practiced and comfortable.

“For us it was a coming together we talked at the beginning of the season, when we were only playing with five out of seven people,” said Coach Ronald Fleming. “And now we're starting to come together as a team. It wasn't out greatest effort, but I’ll take it because we gel today as a team. We're guilty of being a small school and waiting for seven guys to come from the football team. We had to nurse football injuries. Now that the football injuries are gone all hands on deck. In practice and we're getting a lot of work done.

“I’m proud that we're starting to talk different. Offense is easy for us, anytime we’ve got shooters, it makes the game easier; makes inside game easy, drives to the basket easy. Defense is the hard bar. Communication talking understanding where everybody is talking about who got who, whether we're playing a man-to-man. We ran a two-three today. Sometimes we want a one-to-one sometimes you want a a two-one-two, but the most important part is the chatter, is the talk.”

The Ravens were scheduled to face Rosamond in Rosamond on Jan. 21, with the next home games scheduled for Jan. 23 against Adelanto and Jan. 24 against Desert.