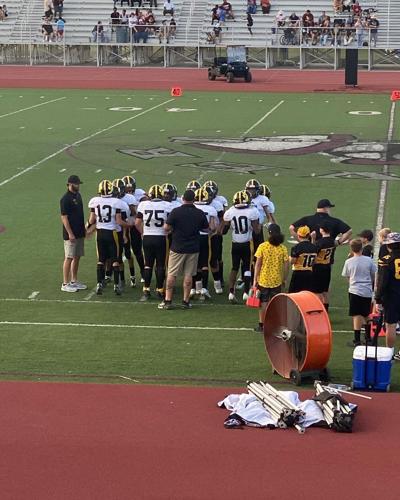 Hello all you sports fans out there in Eastern Kern County, well week three has finished and we are now on to week four in East Kern County high school football and we just happen to have all the scores, standings and games on tap according to MaxPreps from the Mojave Desert News Sports Desk. So, without further delay on we go.

CALIF. CITY – the Varsity Ravens (0-2 overall) hosted Vasquez on Sept. 2nd (0-2 overall and no score reported at this time) then took on Foothill on Sept. 9th and Santa Rosa Academy on Sept. 16th scores in our next report.

DESERT - according to MaxPreps scheduling, the Scorpions pushed back their season opener again and will take on Rosamond on Oct. 14th.

MOJAVE - the Mustangs played their first game of the regular season against Lancaster Baptist on Sept. 9th; scores for the game in our next report.

ROSAMOND - the Roadrunners Varsity (0-3 overall) team tackled Colton on Sept. 2nd and came home with a loss by a final score of 29-6; the Runners take on Vasquez at home on Sept. 9th then hit the road to tackle Foothill on Sept. 16th; scores for the Sept. 9th game in our next report.