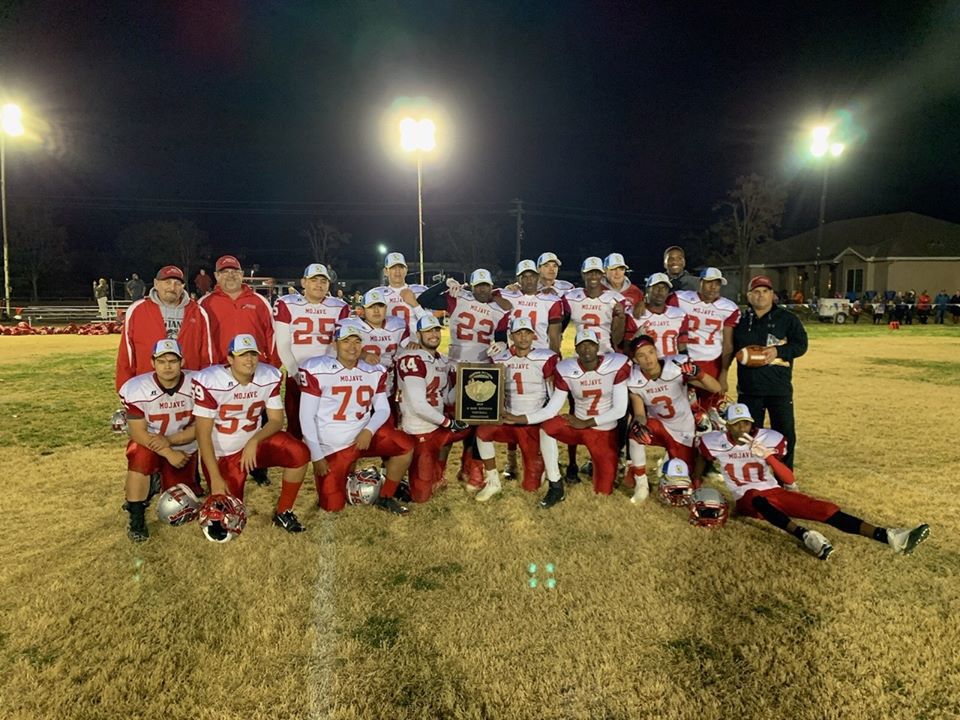 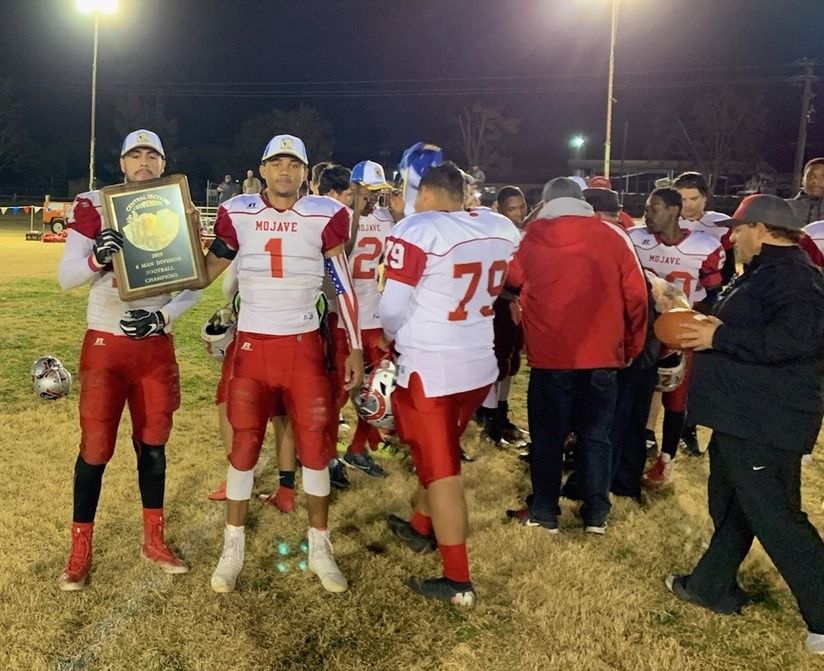 The Mojave Mustangs captured their sixth title game Nov. 15, five in the the CIF Southern Section and first in Central Section. The game was played in Riverdale.

Final score against Riverdale Christian was 65-38.

“It was good night for us against a very tough, discipline and well-coached Riverdale Christian team,” said Mojave High School Athletic Director George Pulos. “The score is somewhat misleading, Riverdale was a solid team in all phases of the game, offense, defense and even strong special teams.”

The first photo is of the team with the Central Section 8-Man football championship plaque. Second photo is of Mustangs No. 1 Rae’Kwon Alvez and No. 44 Ivan Valadez with the plaque.