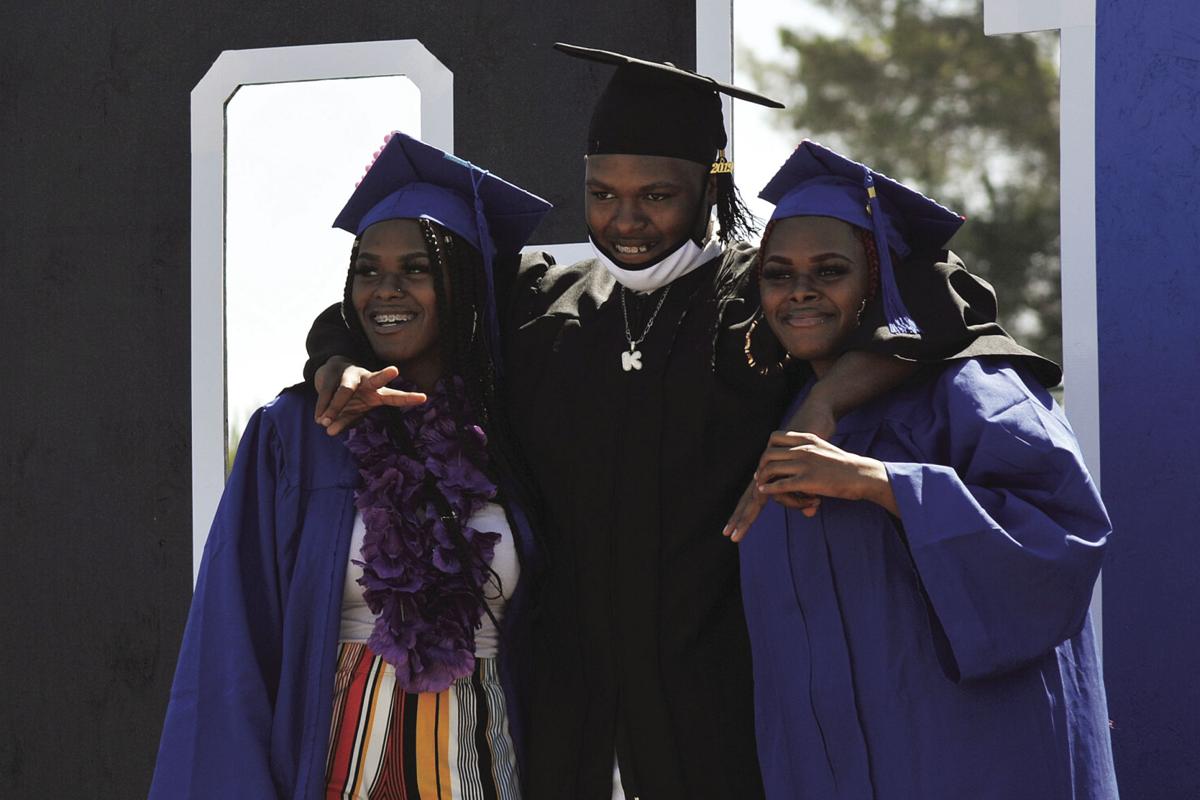 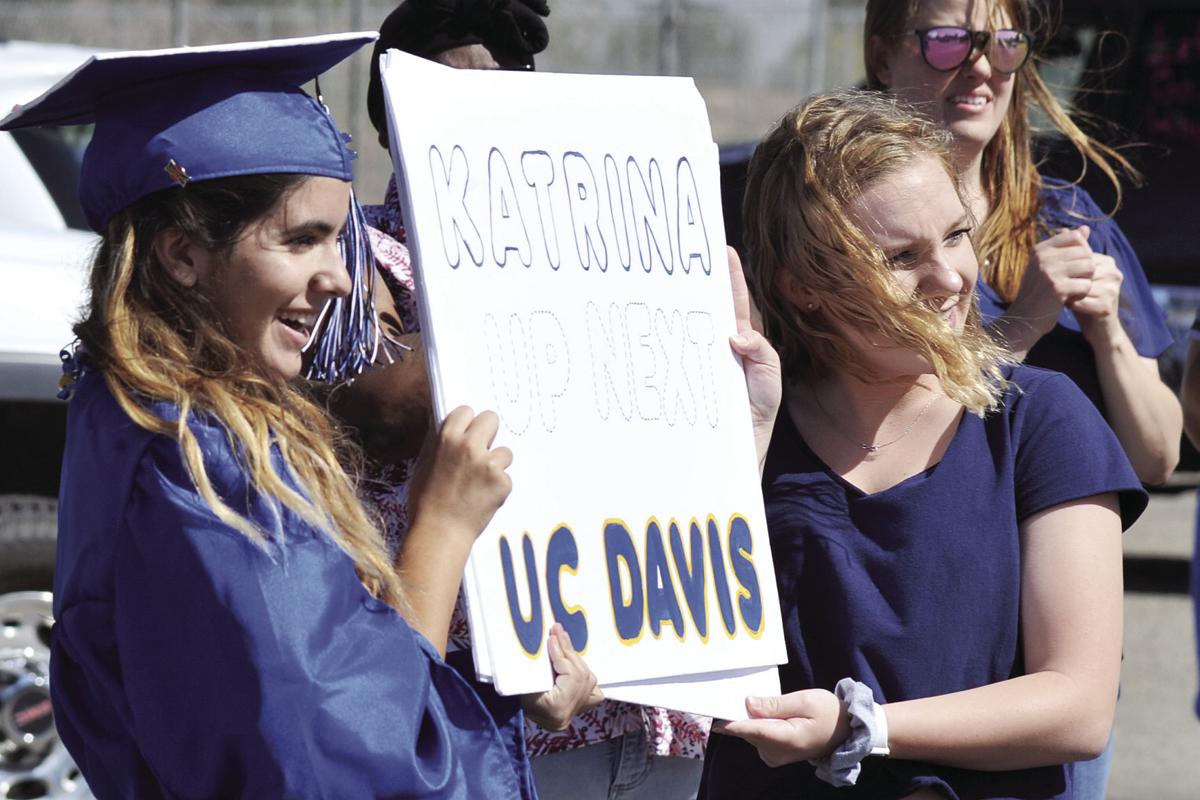 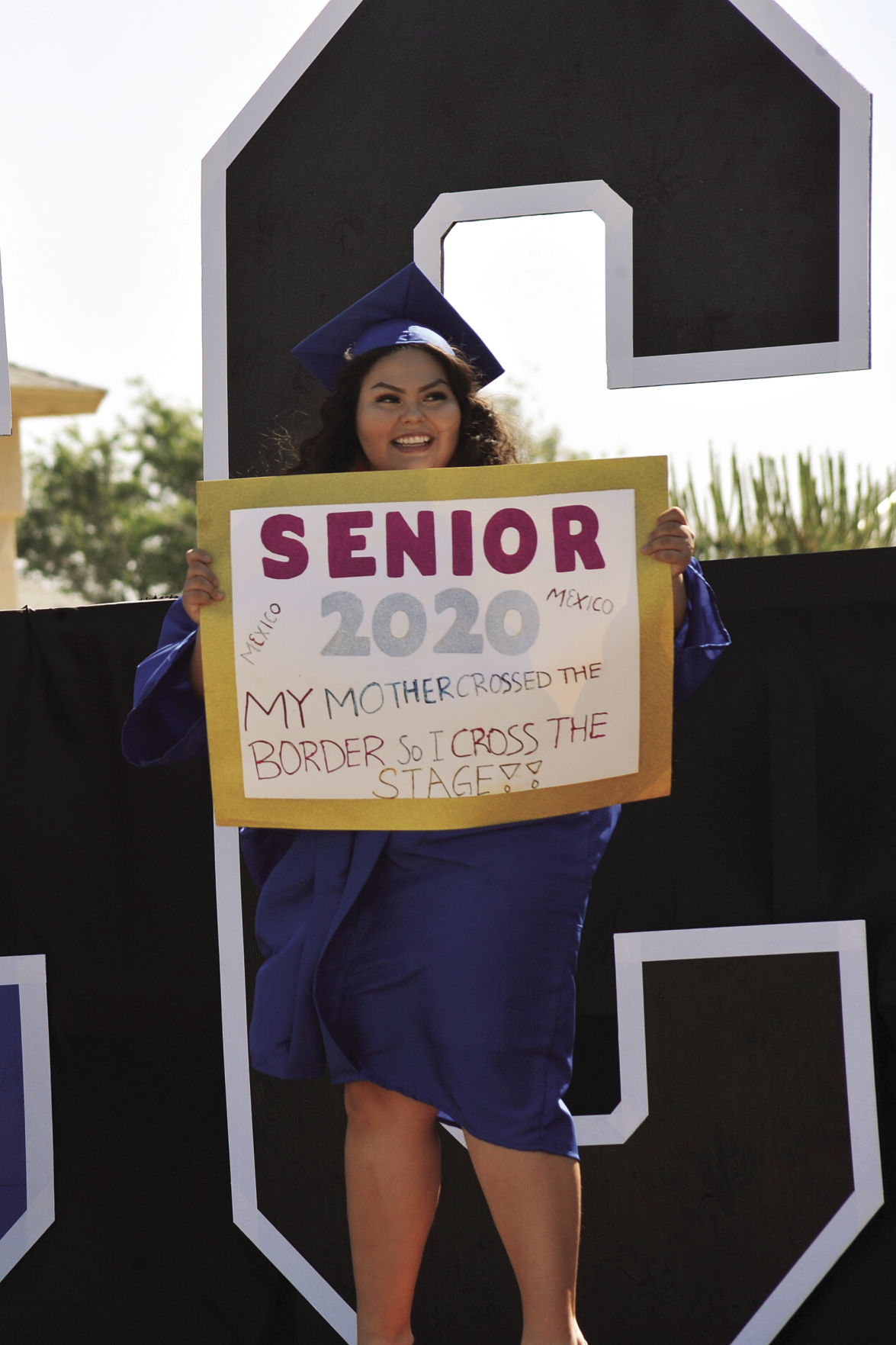 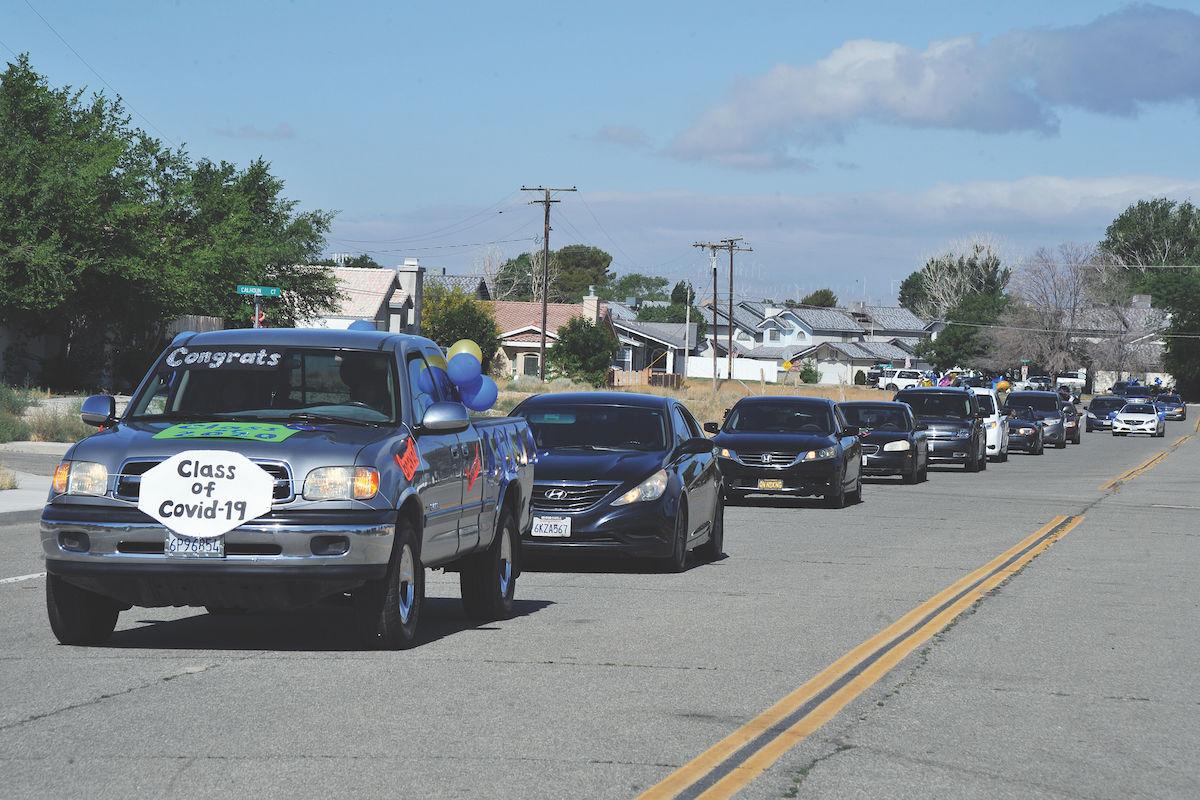 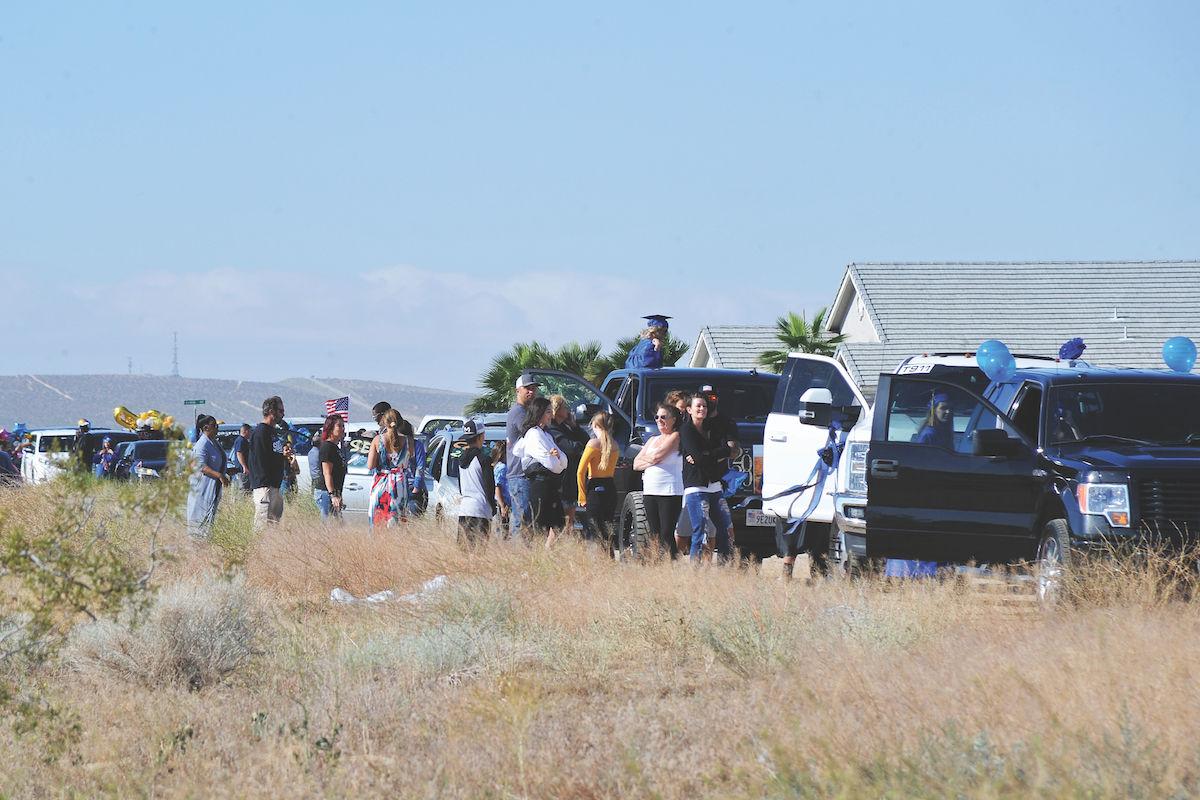 CALIFORNIA CITY – Ravens are becoming known for over achievement and this year’s California City High School class is no exception, despite restrictions due to COVID-19 concerns.

“This is the highest achieving class that we’ve had in California City,” said Senior Class Advisor Shane Moore. “We had 14 valedictorians, that’s 14 kids with a 4.0 or better grade point average. We had six kids who earned associates degrees while in high school.”

Mojave Unified School District would not allow a traditional graduation due to Coronavirus restrictions, so students, teachers, family and friends got creative to make sure the class was acknowledged. In addition to the school-sponsored virtual graduation a graduation parade was organized for June 6.

Families began lining up vehicles along Isabella Boulevard for a parade down California City Boulevard to Central Park. The parade was led off with the public debut of the new California City Fire Department Engine 19, which was officially put into service the next day. California City Police personnel and volunteers helped with blocking off traffic and escorting the vehicles.

Cars were decorated with streamers, balloons and had messages of encouragement and support - including several acknowledging COVID-19 and Black Lives Matter. Well-wishers gathered along California City Boulevard cheering on the students and holding up banners and placards wishing them well.

At the end of the parade students walked across a stage as their names were called out, cheered on by teachers and staff. A quick handshake with Moore and a stop to pose for photos against a backdrop of CCHS before meeting up with family on the other side of the stage.

“It went better than we could have planned,” said Senior Kaylee East, who was one of the organizers. “I mean we had so many kids participate and everyone was happy. It was just a great time. It was the best graduation we could have planned. Our final count on paper was 75 but we had a bunch of kids since, like, we made the list add on. So, maybe 100 out of 124. That’s pretty good.”

Moore also helped with the organization, as well has providing congratulatory handshakes as students crossed the stage.

“I thought it went really, really well,” he said. “It was hard, because we had, you know, direction from the school district and then the city and some parents got involved in wanting to do it. You just never know how that’s gonna turn out. But I think it turned out really, really well.”

Ace Hardware donated lumber and plants for the day and Ray and Lori Wilkens of FORCE Off Road donated the use of their trailer for a stage.

“A lot of people and neighbors got together and helped build it,” said Moore. “I’m glad that we were able to give this class, something. They’re still gonna have their virtual graduation so they’ll also a video to remember everything by, I think just being able to physically walk across the stage. They didn’t get a diploma. They got, you know, they got that experience and I think that was important.

This was a very, very good class especially to me because my daughter was in the class. But to be able to give them something where they got that closure, I think, was important for the parents and the kids and even the staff to be able to give that experience to them.”