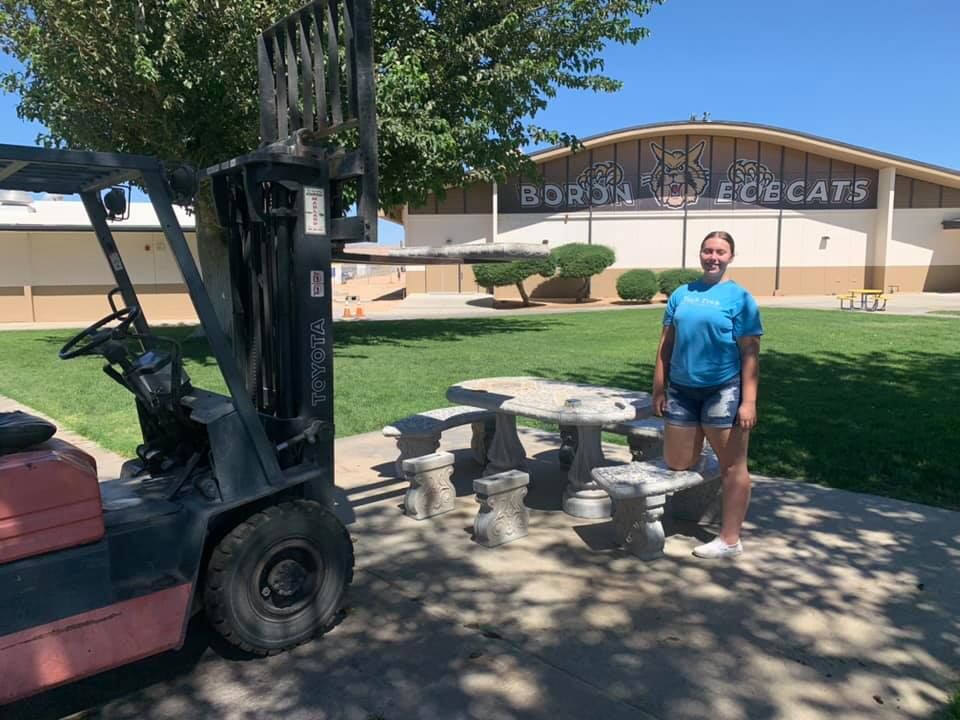 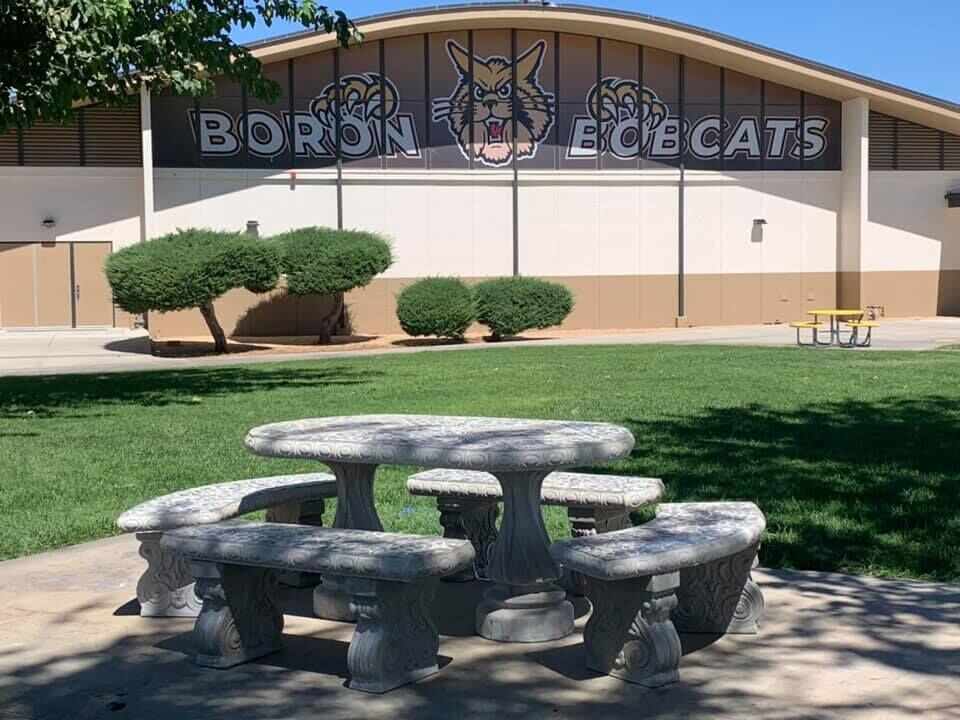 According to former Boron Jr. Sr. High School Principal David Wiggs, at the end of 2020, Mrs. Wiggs donated $2,000 to honor the memory of her late husband and former principal at Boron Jr. Sr. High School Mr. William “Bill” Wiggs. David took the money and purchased 2 brand new concrete tables for the outside campus circle so students would have new tables to sit at and enjoy. “The old tables were weather-rotted and outdated and I wanted something there to replace the old ones; the new ones look absolutely stunning” Mrs. Wiggs said.

On Saturday, Sept. 11th, Mr. Wiggs along with his daughter Tatum who is a senior at Boron Jr. Sr. High School used a forklift to move the pieces of the tables onto the campus and assemble them one by one. The first table was completed and set that day and the other table will be assembled at a later time according to Tatum.

Boron Jr. Sr. High School sent a letter of “thanks” to Mrs. Wiggs, Tatum and David thanking them for all their hard work in making this happen.