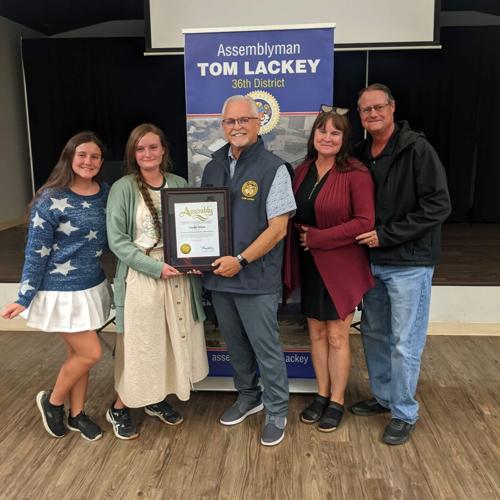 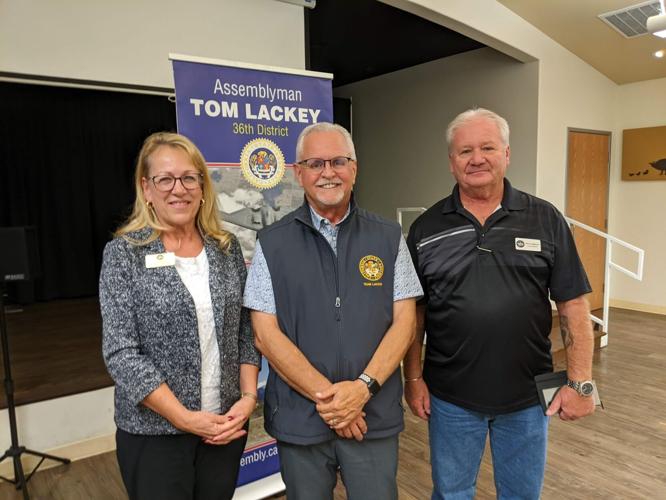 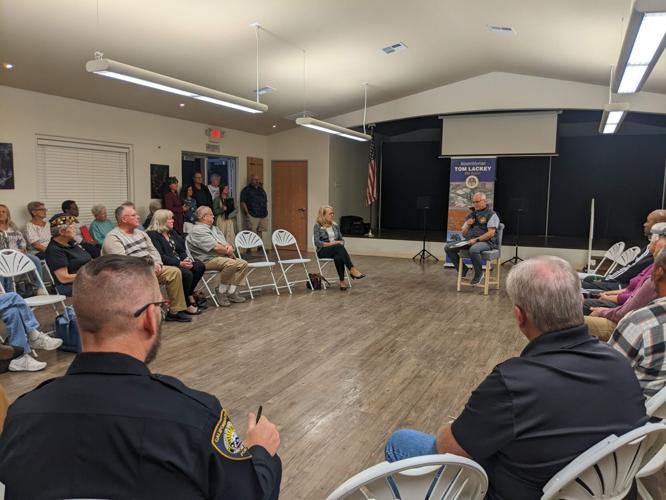 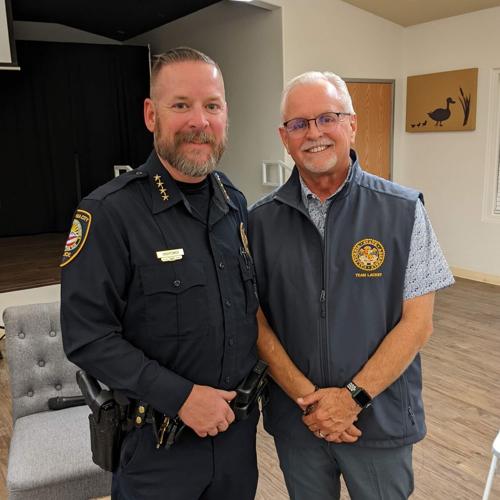 Mayor O'Laughlin opened the meeting then after the Pledge of Alligence, Pastor David McKinley from the Solid Rock Missionary Baptist Church gave the Invocation; dignitaries were introduced then Mayor O'Laughlin gave the floor to Assemblyman Lackey.

Assemblyman Lackey presented a Recognition Certificate to American Legion Girls State attendee Cecilia Werre while her family watched in anticipation. After the presentation, Assemblyman Lackey congratulated the new Calif. City Chief of Police Jesse Hightower and wished him well during the course of his duties a chief; he thanked the Mayor, City Councilman and Calif. City residents in attendance then informed everyone present as to what was going in with the district and the state law-makers.

Many Calif. City residents turned out for the meeting and asked questions to Assemblyman Lackey and all were satisfied with the answers. Assemblyman Lackey closed his remarks by saying, "Thanks for your participation Calif. City and I'm looking forward to meeting again".  Mayor O'Laughlin then closed the community coffee until they meet again.

The Mojave Desert News wishes to thank Assemblyman Lackey for joining Calif. City tonight and answering questions for everyone in attendance; we would also like to thank Mayor O'Laughlin, Councilman Creighton, Chief of Police Jesse Hightower, Pastor David McKinley, the Calif. City Arts and Community Building and the residents of Calif. City for hosting Assemblyman Lackey and also congratulate Miss Werre on her recognition for Girls State.