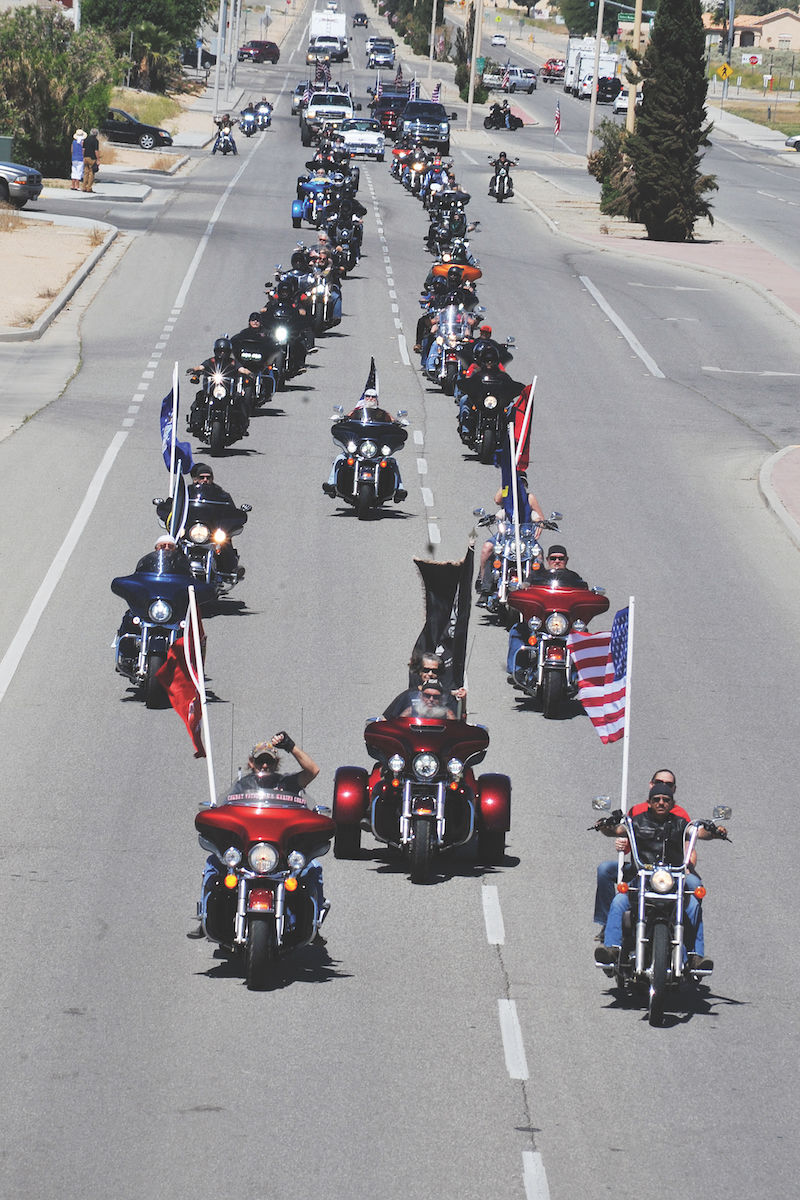 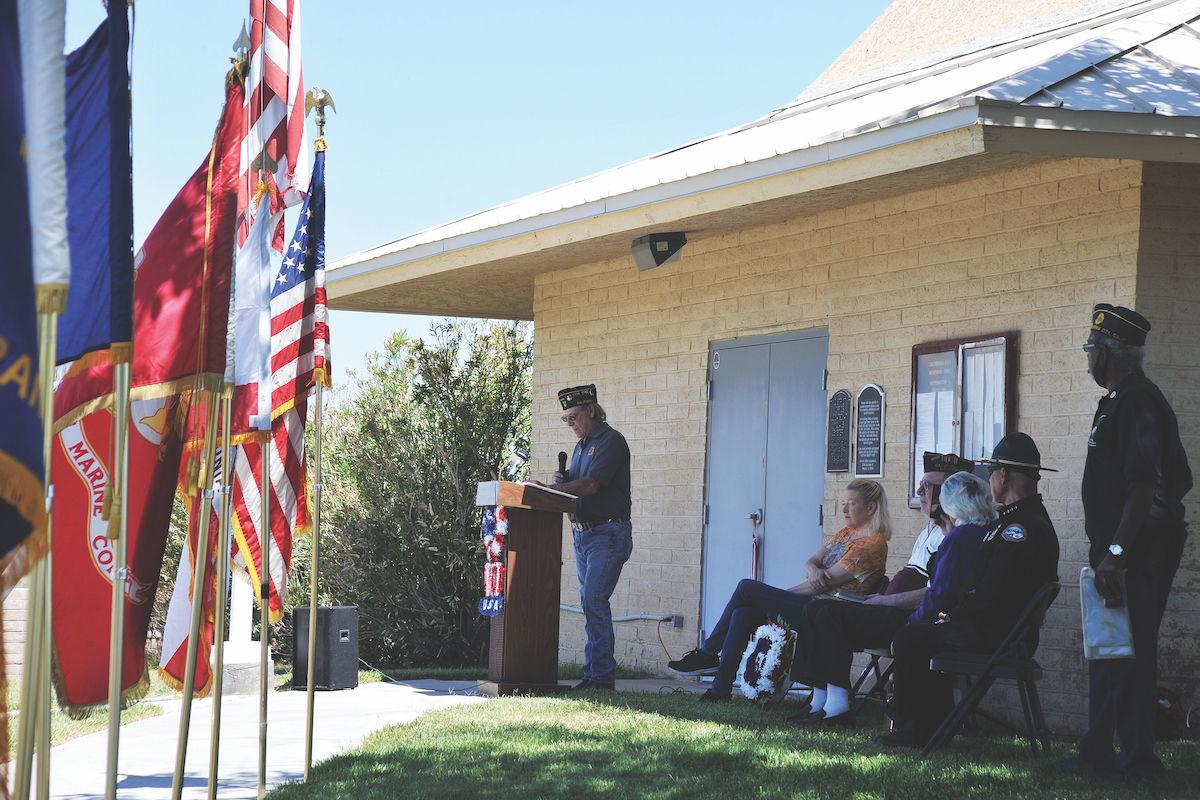 Graves of military veterans are marked with American Flags for Memorial Day at East Kern Cemetery in Mojave.

Graves of military veterans are marked with American Flags for Memorial Day at East Kern Cemetery in Mojave.

California City Chief of Police Jon Walker and VFW Post 9375 President Mick Thomas were among the speakers for the ceremony.

“I come from a family of veterans from World War Two all the way through Iraq, and I have the greatest respect for all of you who are veterans, and I want to thank you for your service,” said Walker. “I did not join the military, however I did dedicate my life to service. So when I see a service person or a veteran or someone uniform, I only have to say one thing. Thank you. There’s no greater sacrifice than to risk your own personal safety and your life for others.”

Thomas enlisted in the Marine Corps at age 19 and was sent to Vietnam in 1969. On Valentine’s Day, he was walking point as a member of Third Battalion, Ninth Regiment, I-Company. The company was ambushed and Thomas was wounded twice. While he was being airlifted out of the combat zone, the helicopter he was on was hit by ground fire 27 times and had to auto-rotate to a landing due to engine failure. After triage surgery, he was sent to Japan for additional surgery and finally to Travis Air Force Base. Thomas was hospitalized for nine months, undergoing extensive physical therapy. He later learned that his entire company had been wiped out three weeks after he was wounded.

“Every war since 1776 has had men and women who have made the ultimate sacrifice,” said Thomas. “American soldiers have fought on soil, both foreign and domestic and shed their blood far from home.”

Thomas said he was able to visit some historic battle sites during a visit to Europe in December. He then recounted the story of a 19-year-old soldier who single-handedly held off a company of German soldiers for an hour in the Colmar Pocket region in the Vosges Mountains of Alsace, France in 1945 during World War II.

“As I listened to the guide described the battle, she repeatedly referred to our young men as ‘your brave young men’,” said Thomas. “Our soldiers were brave young men. Our troops and their actions are respected and not forgotten. Each village we went to had a memorial for those who fell defending their country. Our American soldiers are still honored and remembered with deep appreciation. Audie Murphy is a celebrated hero in France – and for those who didn’t get it – that’s who I was talking about.

“This is a day of reflection and Thanksgiving. This is the time to speak of those who made the ultimate sacrifice. It is time to look at their pictures, handle their medals and remember them as ‘your brave young men,’ tell their story and respect their sacrifice.”

Thomas then read the St. Crispin’s Day speech from William Shakespeare’s play Henry V, which includes the well-known passage: “We few, we happy few, we band of brothers; For he today that sheds his blood with me, Shall be my brother.”

Following the reading of Grand Army of Republic Commander-in-Chief General John A. Logan’s Order No. 11, which designated May 30, 1868 as Decoration Day, the precursor to Memorial Day and a prayer, wreaths and flowers were placed at the base of the flagpole. Taps was played, with Veterans and those in uniform rendering a salute while civilians and guests placed their hands over their hearts.

COVID-19 restrictions prevented the annual potluck, but VFW was given permission from Alcohol Beverage Control to serve drinks, as long as they were not consumed inside the building.