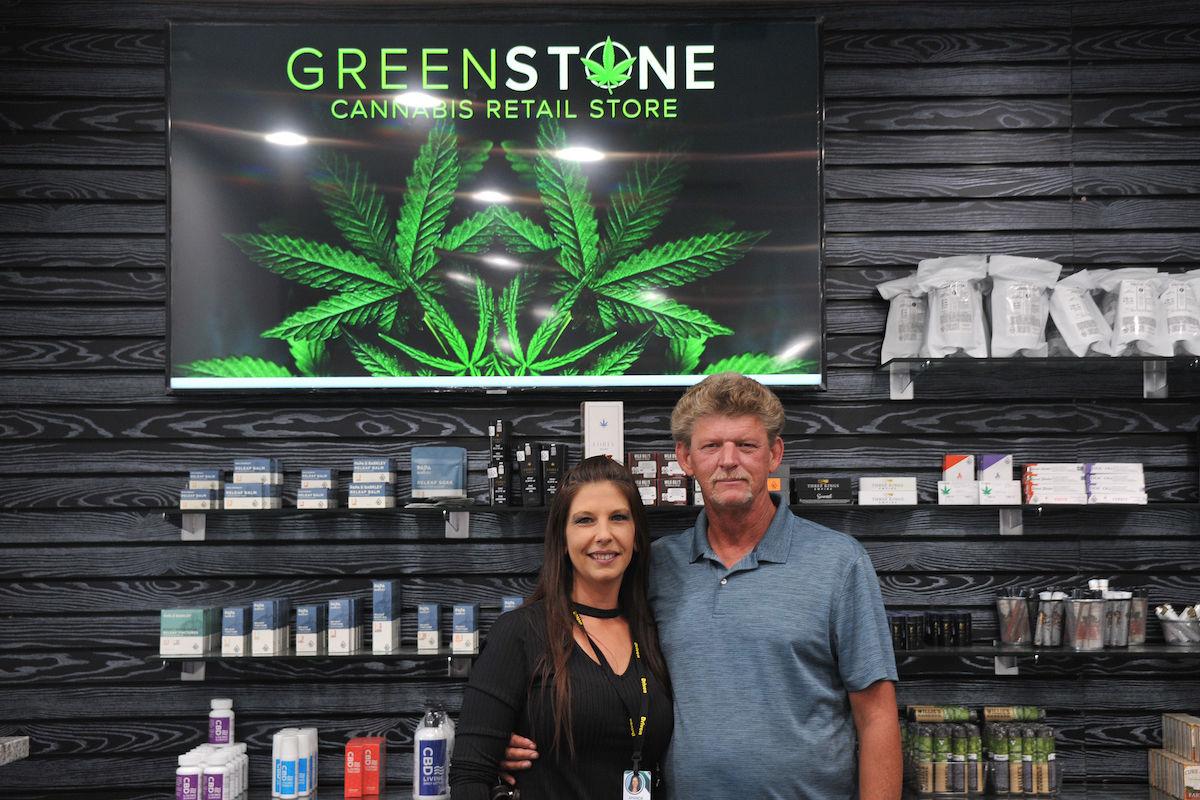 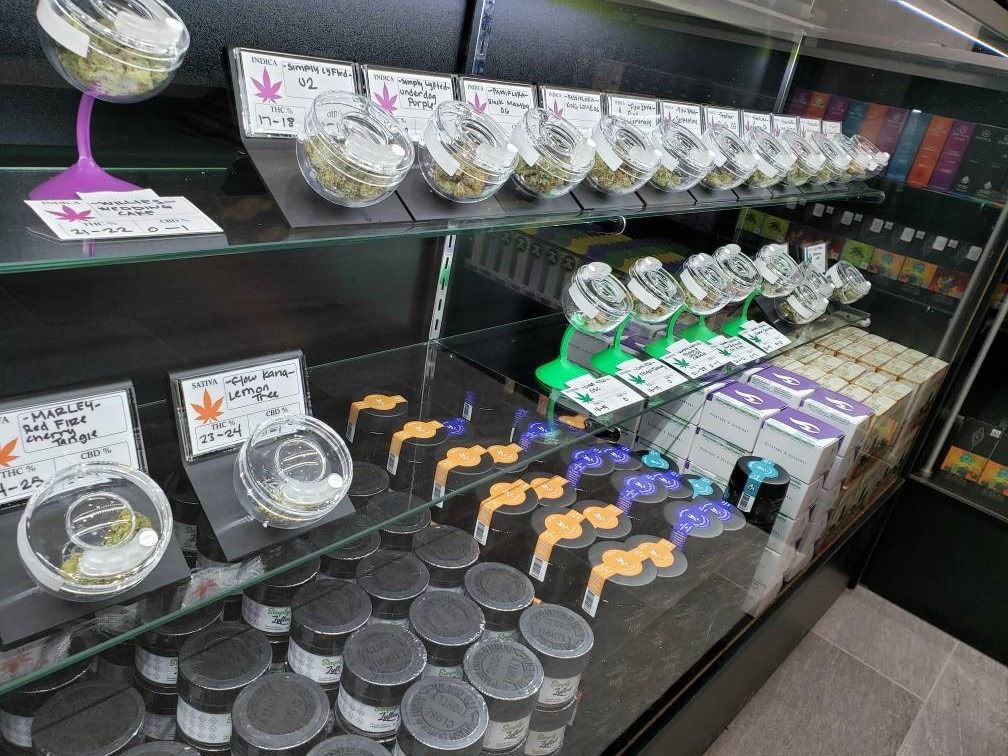 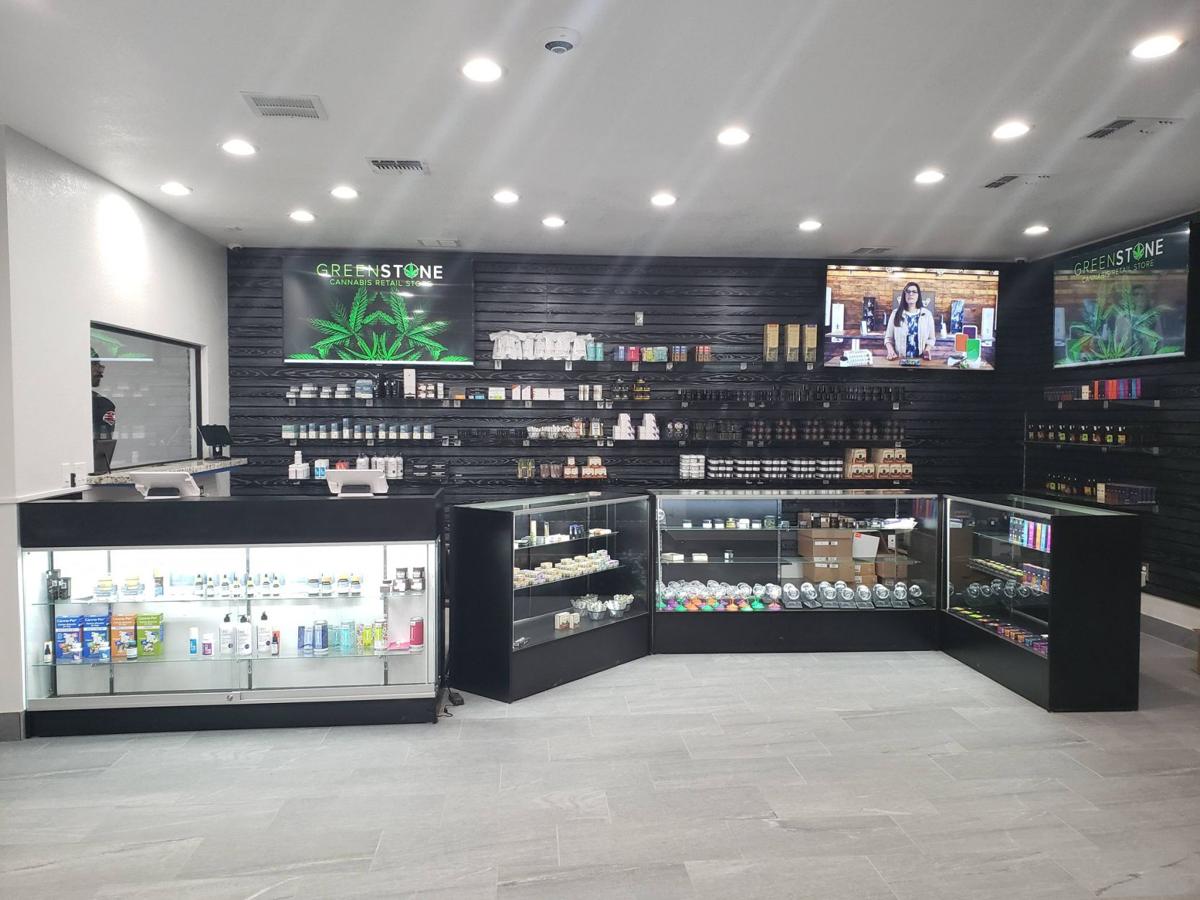 CALIFORNIA CITY – As the first legal cannabis dispensary to open its doors in the city, California City Supply Owners Rick Jones and Amanda Adolf are off to a good start. A steady stream of customers and well-wishers were filing in and out on Oct. 2.

“It’s a soft open to make sure all our computers are running good, just get everything rolling smoothly,” said Jones. “We want to get some more local people hired and trained, then we’ll move on into a full-on opening.”

Open seven days a week from 2 p.m. to to 9 p.m., the store offers wide range of products for both recreational and medicinal cannabis users. At this time, it is strictly a retail operation, but they will be expanding to delivery within about a 60 mile radius of the store.

“Our cars have to be tracked and they have to meet all the state requirements like having a safe in the car,” said Jones. “So we’re working on that, but we will be hiring delivery people and offering delivery.”

In addition to traditional flower – the buds or seed-bearing part of the plant – the store offers concentrates, edibles, drinks, tinctures topicals and pre-rolled cigarettes. All products are factory sealed and then placed in a child-proof bag for additional safety and security after purchase. The flower product samples are sealed in an acrylic container with a built-in magnifying lens to examine the product and a perforated area that allows you to smell the product.

“If you go look us up on WeedMaps, you’ll basically see our whole inventory and what the price is,” said Adolf. “As we bring in new product, it will be updated instantly.”

The store carries products for both medicinal and recreational users and includes products for pets as well and a mixture of both THC and CBD options.

“The best way to describe the difference is that THC goes to your head and CBD goes to your body,” said Adolf. “If you’re looking for something for pain, you want something with a high CBD and a little THC or a medium between the two. Then we have a line of pure CBD products, there is no THC in it, so it’s good for people who can’t risk having THC in their bloodstream. I’ve had a few people come in here that are battling with medical problems, cancer or whatever other ailments. They are grateful that now they don't have to drive to LA to pick a product anymore, they don't have drive over 100 miles to get relief now.”

“You save a small percentage on the tax if you have a medical card,” said Adolf. “It's not a huge cut, but you save a tax percentage and the purchasing limits per day are higher.”

The state requires what’s known as seed to sale tracking of all the products.

“’I’m familiar with retail sales and everything, but the cannabis industry is kind of unique,” said Adolf. “There are recording requirements every time a shipment comes in because it’s seed to sale tracking. That distribution company actually brings me all of the lab reports on all the products and a shipping manifest. We have to count every single product - if I buy 100 pre rolls, we have to count every single one of them. Each item has to be meticulously accounted for with the batch numbers and I have to keep the lab reports on file for seven years.”

Although still partnered with publicly-traded cannabis company Driven Direct, Jones and Adolf decided to go ahead with opening under the California City Supply banner.

“We’re in some negotiations with Driven,” said Jones. “We’re just reorganizing, but it will still be the same principals it’s always been.”

The business is also doing some rebranding under the name Greenstone Cannabis Retail Store.

“The ownership status is all the same,” said Adolf. “There’s no new owners or anything, but things change and evolve. When we started, we jumped in there with the name Cal City Supply because it was just kind of universal. We didn’t know at the time if we were just going to do retail or apply to do something like growing, so we thought we could do Greenstone under a DBA - doing business as - or maybe change the name to Greenstone down the line. We’re displaying it here in the store because it’s kind of a branding thing. But all of our clients, all of our receipts and everything is under the California City Supply name.”

California City Mayor Pro Tem Eugene Stump was one of those checking out the new facility Oct. 2.

“It’s been a long time coming, but I’m glad they’re open,” he said.

Stump was also among a handful of city staff and council members who toured other facilities in the run up to legalization.

“This is the best looking dispensary I’ve seen,” he said. “I’ve been here for about 30 minutes and I’ve already seen a lot of traffic come through, hopefully it will generate a lot of tax dollars for the city.”

Jones said they expect to hire five to six employees for the retail store and are still trying to determine how many drivers they will be hiring.

While the inside of the store is up and running, additional construction work is going on around the facility. Additional security features and parking improvements are among the most visible signs of construction.

“I think we already have a pretty good selection of product,” said Jones. “But, give us a week or two and there will be twice as much selection.”

Professionalism and adherence to the law are two major factors in how the business will be run.

“I think if you're going to do it, you’ve got to do it right,” said Jones. “If we're going to push this industry forward, we’ve got to lead by example and say it can be done right and can be done professionally. It’s good for the people that need the product for whatever reason. It’s a good, safe place for them to come get the product. It’s a clean place and was put together well.”