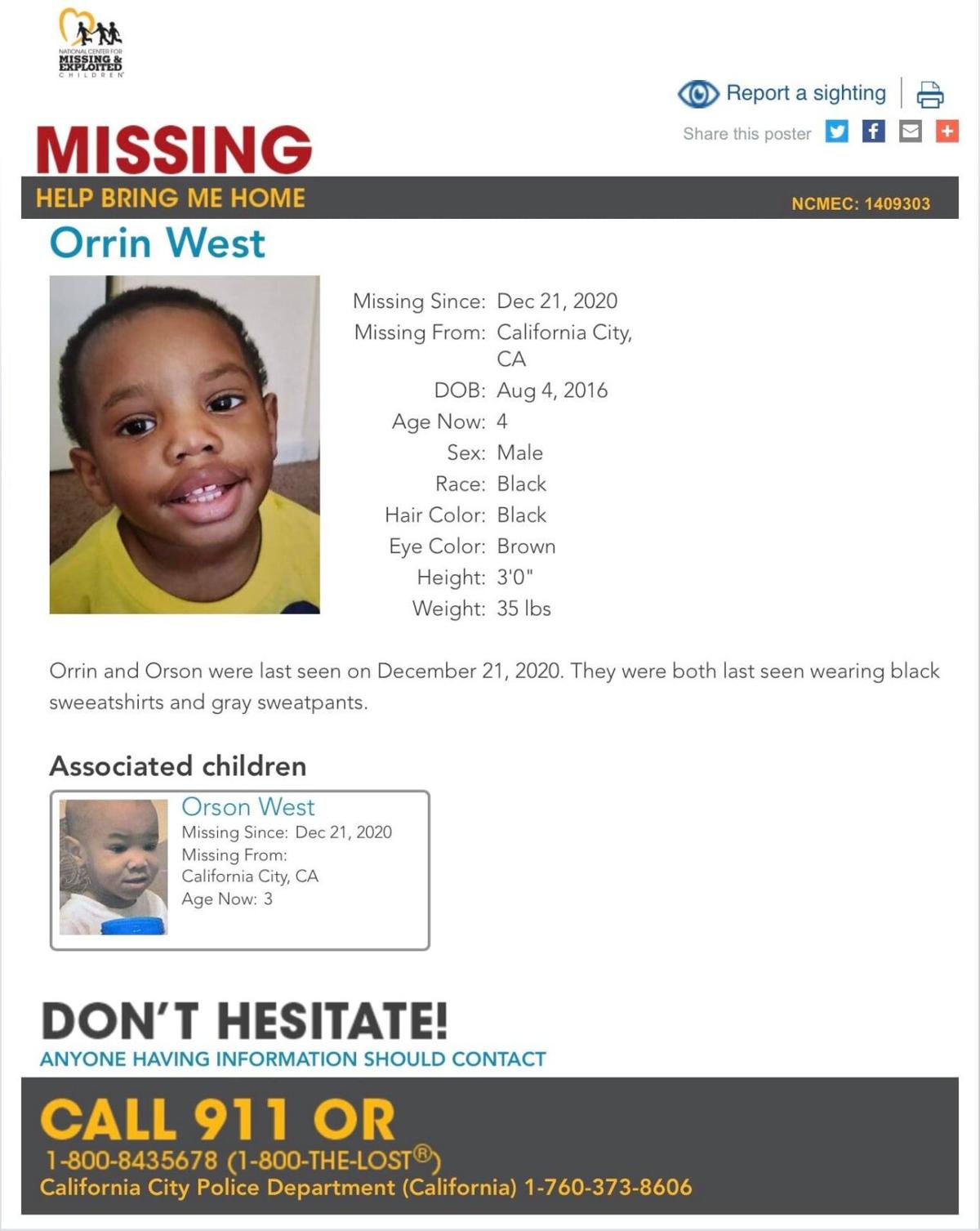 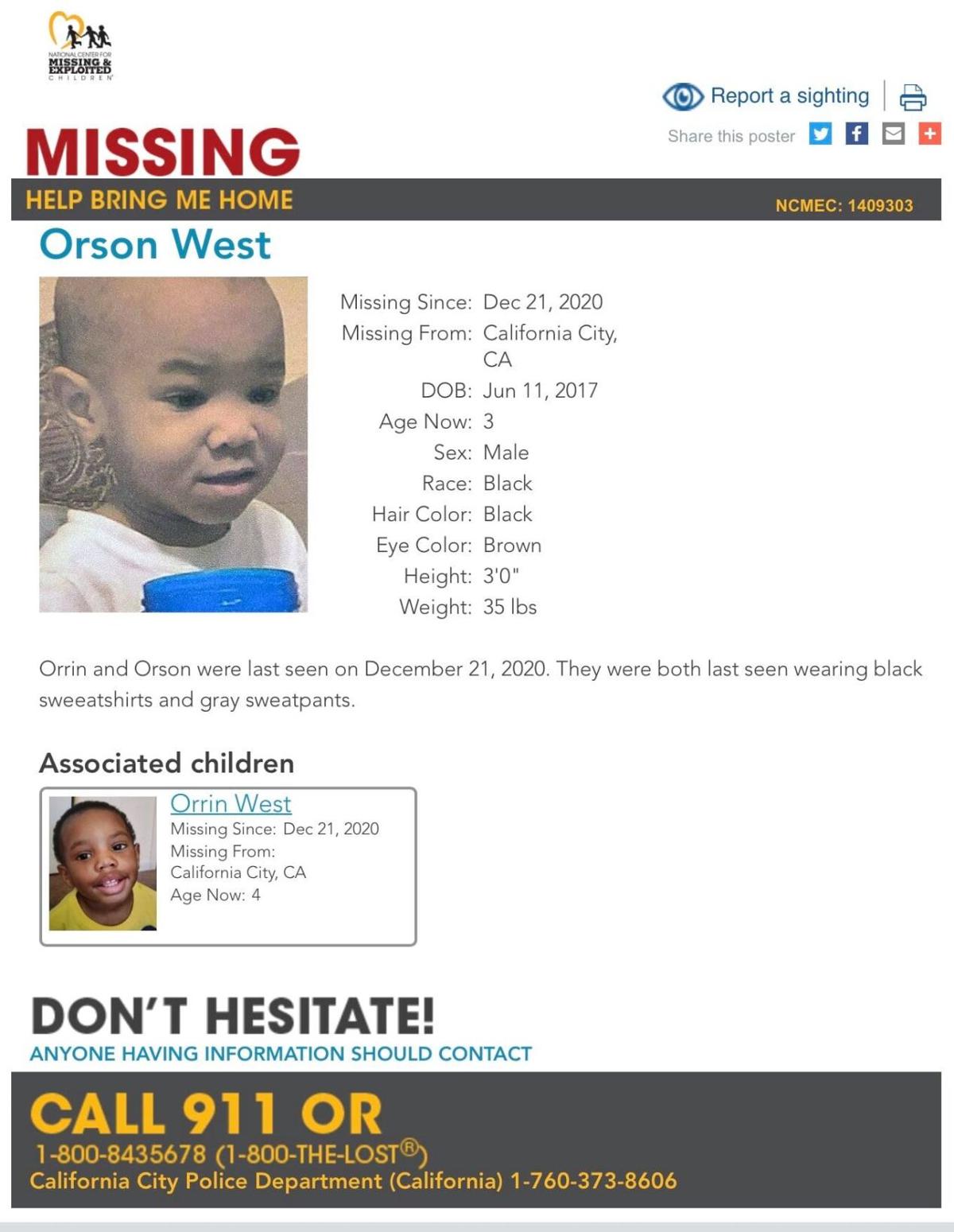 CALIFORNIA CITY — As the search for two missing children enters its third day, the FBI has become involved in the investigation, according to California City police department.

The search resumed Tuesday morning for the missing children.

According to California City Police Department, the FBI on Tuesday began interviewing the adopted parents of the two boys, Trezol and Jacqueline West. The couple adopted Orrin and Orson in April 2019.

The couple went willing with officers after a police cruiser came to pick them up. A search warrant was later served on Tuesday evening and evidence collected from their home.

According to CCPD, no one has been ruled out in the disappearance of the two children, and items removed from their home. In addition, the couple’s vehicle was towed away.

Ryan Dean of Bakersfield, the biological mother of the missing boys, spoke with media in California City Wednesday afternoon. Dean alleged that the adopted parents may have had something to do with the children’s disappearance.

An emotional Dean added that the adopted mother told her “that she had let the two kids out into the backyard because she didn’t want them to see the gifts” being wrapped for Christmas. Dean said that the other kids in the home had not been let out.

Dean said when she arrived in California City and knocked on the Owens’ door, the adopted father “wanted to say he was sorry …”

“I feel like they know something or did something,” Dean said. “I feel that my kids are around here somewhere. “

California City resident and former mayor Jennifer Wood is among those helping to search for the missing boys on both Monday and Tuesday, and said she would help Wednesday afternoon.

“We were searching on foot around the neighborhoods door to door, looking in garbage cans and ditches because boys like to hide,” Wood said.

Tuesday, Wood said groups focused on the larger desert area around California City, including the dirt road leading from Proctor on the city’s east side and as far out as Galileo Park in Cal City’s Second Community.

“We searched the high school, both ball parks, the playground, the hotel and the hotel pool,” Wood said.

She commented that authorities, from CCPD to federal agencies, “have been doing a bang-up job” in the investigation so far.

According to volunteer searchers, the adopted parents did not interact with anyone other than police officers after the children were reported missing.

“He came out and spoke to the police but he did not come out and greet the people who are trying to help find the babies,” said Patrick.

Wood said while authorities didn’t provide much in the way of an update, they encouraged a continued community search.

Wood also stressed a need to prevent rumors from being spread through social media or other means.

"No rumors," Wood said, "just get the truth out that that the birth parents need to know the truth, not 16 rumors about something like a blanket being found at the park that didn't belong to the kids."

In the mean time, Wood said searchers continue to be prepared, including keeping blankets in vehicles in case the two boys are found.