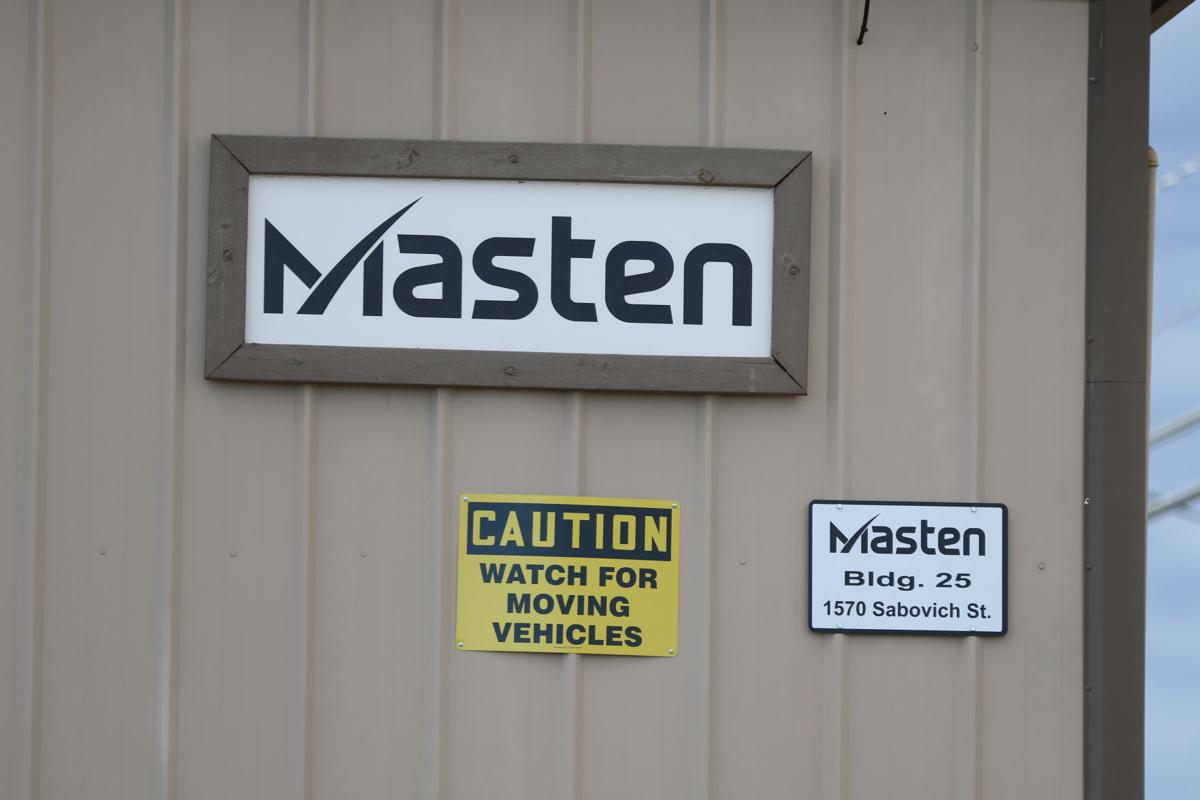 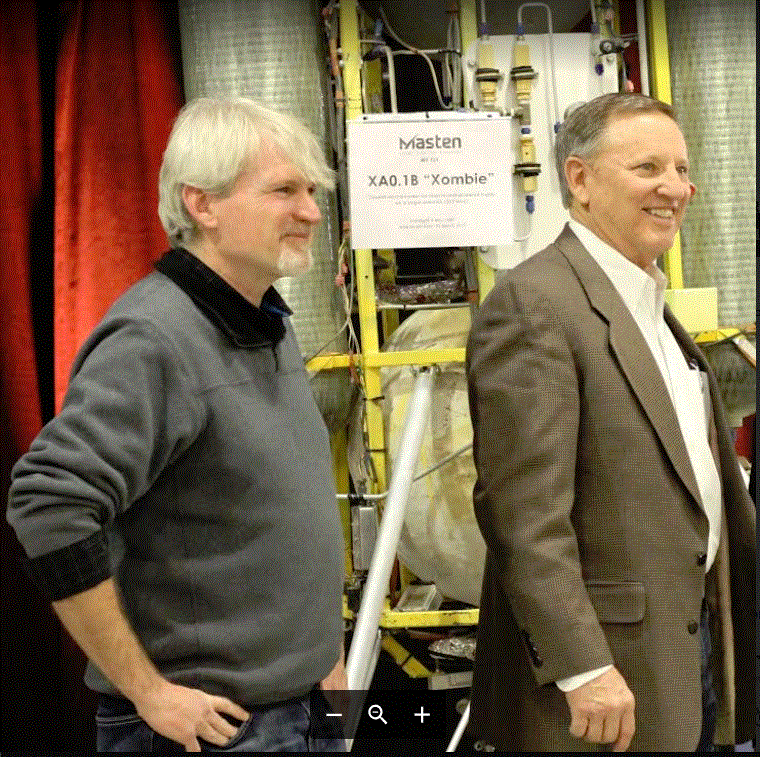 L-R David Masten Founder and CTO of Masten Space Systems of Mojave Air and Space Port and Mr. Stu Witt-former CEO of MASP at the now legendary Stu Witt farewell bash at MASP January 2016 in front of the Xombie XAO.1B.

L-R David Masten Founder and CTO of Masten Space Systems of Mojave Air and Space Port and Mr. Stu Witt-former CEO of MASP at the now legendary Stu Witt farewell bash at MASP January 2016 in front of the Xombie XAO.1B.

MOJAVE — Last Tuesday’s regular meeting of the Board of Directors of the Mojave Air and Space Port brought forth some big news on campus, as CEO Karina Drees announced that Masten Space Systems, a longtime resident at MASP, has officially been awarded a contract from NASA for lunar supply flights starting in 2021.

The contract is a NASA CLPS (Commercial Lunar Payload Services) contract, and flights are planned to begin in 2021. They will be using the Masten re-usable rocket systems they have been perfecting at MASP since Masten was born in 2004 by founder and now CTO David Masten, operating out of the iconic Mojave airport, where so many legends and feats have been achieved.

The Masten website states simply, “reusable rockets are our passion,” and that might be an understatement. Masten competed in the NASA and Northrop Grumman Lunar Lander Challenge X Prize in 2009 with their “Xombie” (model XA-0.1B). Xombie came away from the lunar lander challenge with an average landing accuracy of 6.3 inches, qualifying it for Level One second prize of $150,000 on Oct. 7, 2009. The Xoie VTVL won the $1 million Level Two prize of the Lunar Lander Challenge on Oct. 30, 2009, with an average landing accuracy of about 7.5 inches. Masten’s more recent vehicles have improved this performance and landing accuracy to provide EDL and testbed flight services to customers through NASA’s Flight Opportunities program.

The current model that will be fulfilling their NASA CLPS contract with flights to the Moon starting in 2021 is the XL-1, a spacecraft featuring two payload bays and the capacity to deliver 100 kilograms of payload to the lunar surface. It is the latest version from Masten.

Their website states of the new systems, “Masten's next engineering steps include final integration and flight testing of XL-1T, our terrestrial demonstrator vehicle, which serves as a technology precursor for our lunar design. The lunar variant, XL-1, is entering detailed design with a plan to launch by the end of 2021.”

The contract is for 10 years and relates to the upcoming return to the Moon by America and the need for supply flights for that mission. Masten’s vertical takeoff, vertical landing, Entry Descent and Landing platforms of their terrestrial fleet, and the XL-1, XL-2, and Heavy Lift Vehicle Xeus of the Lunar Vehicle fleet, Masten engines and platforms, will be breaking new ground for some time to come.

Also in MASP news, this coming Saturday, Dec. 15, is a very special Plane Crazy Saturday with American Legendary pilot Dick Rutan celebrating the 32nd anniversary of his record setting Voyager flight around the world. Rutan was just inducted into the California Aviation Hall of Fame in Santa Monica last week. He will also be speaking about his “adventure” at the North Pole back in 2000, when he and famous arctic pilot and prospector Ron Sheardown got stranded there after Sheardown’s AN2 broke through the ice of the lake they landed on and sunk, leaving them out in the cold — literally! Rutan has had so many adventures he could speak for a weekend and still not tell them all. This is one to catch as well as celebrating the historic Voyager Anniversary.

Plane Crazy Saturday starts at 10 a.m. with military, vintage, and experimental planes flying in all day on static display out on the tarmac outside the Voyager restaurant for the public to look over and take pictures of. The lecture begins at 11 a.m. in the board room at MASP, also inside the Voyager restaurant building. It all starts at 10 a.m. at Mojave Air and Space Port this Saturday Dec. 15.