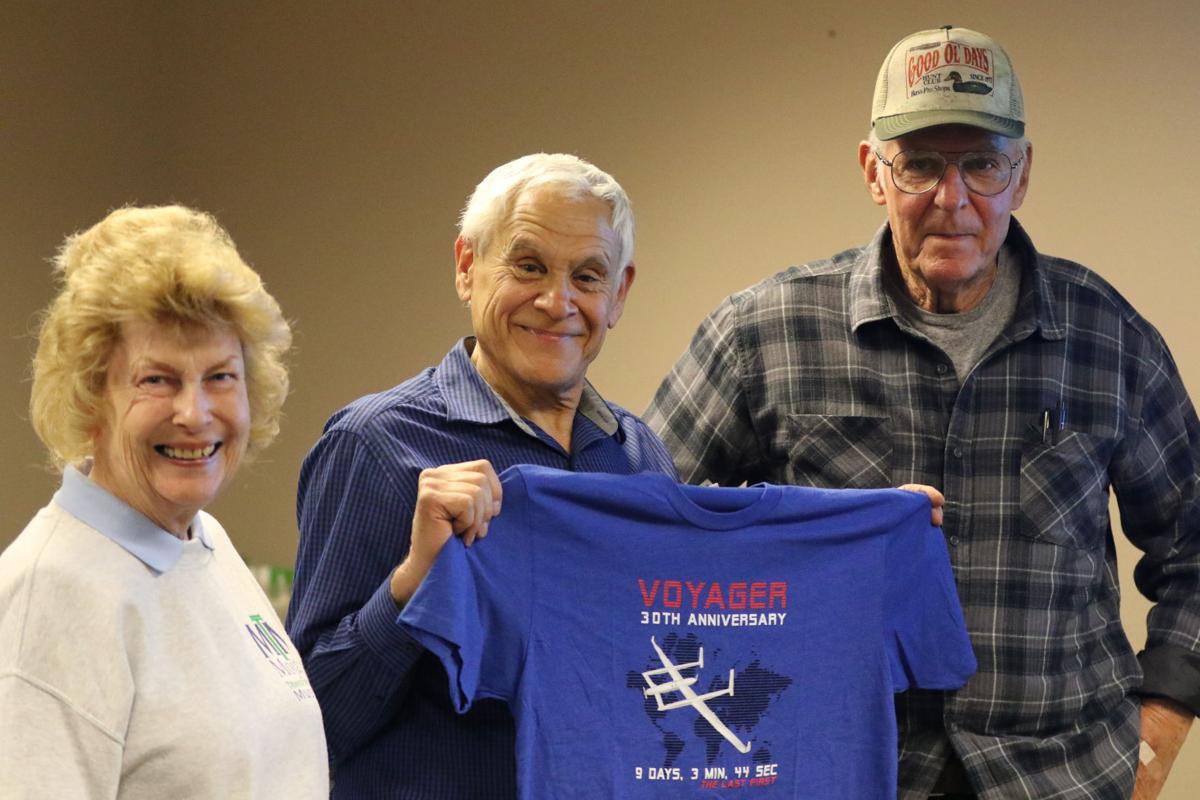 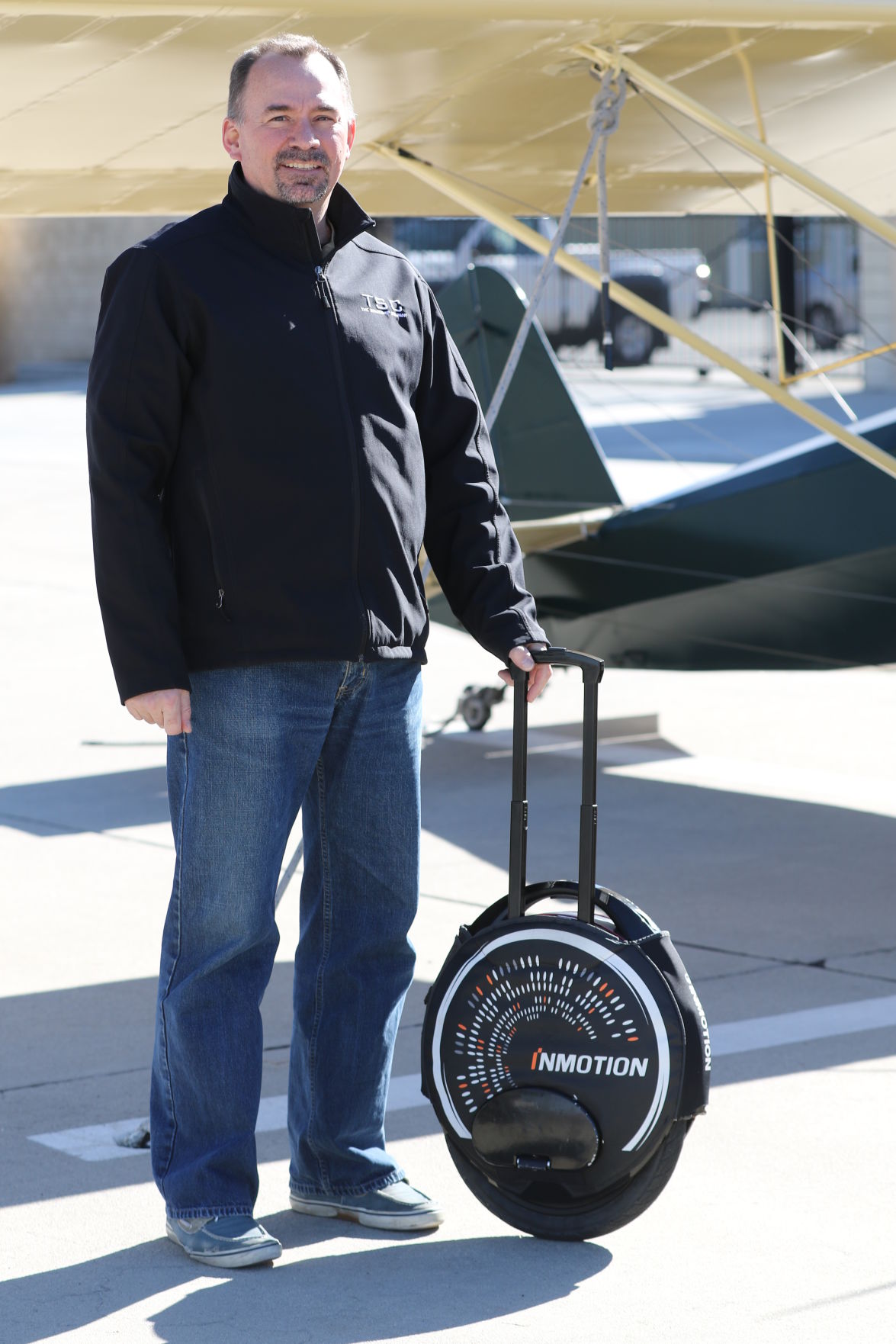 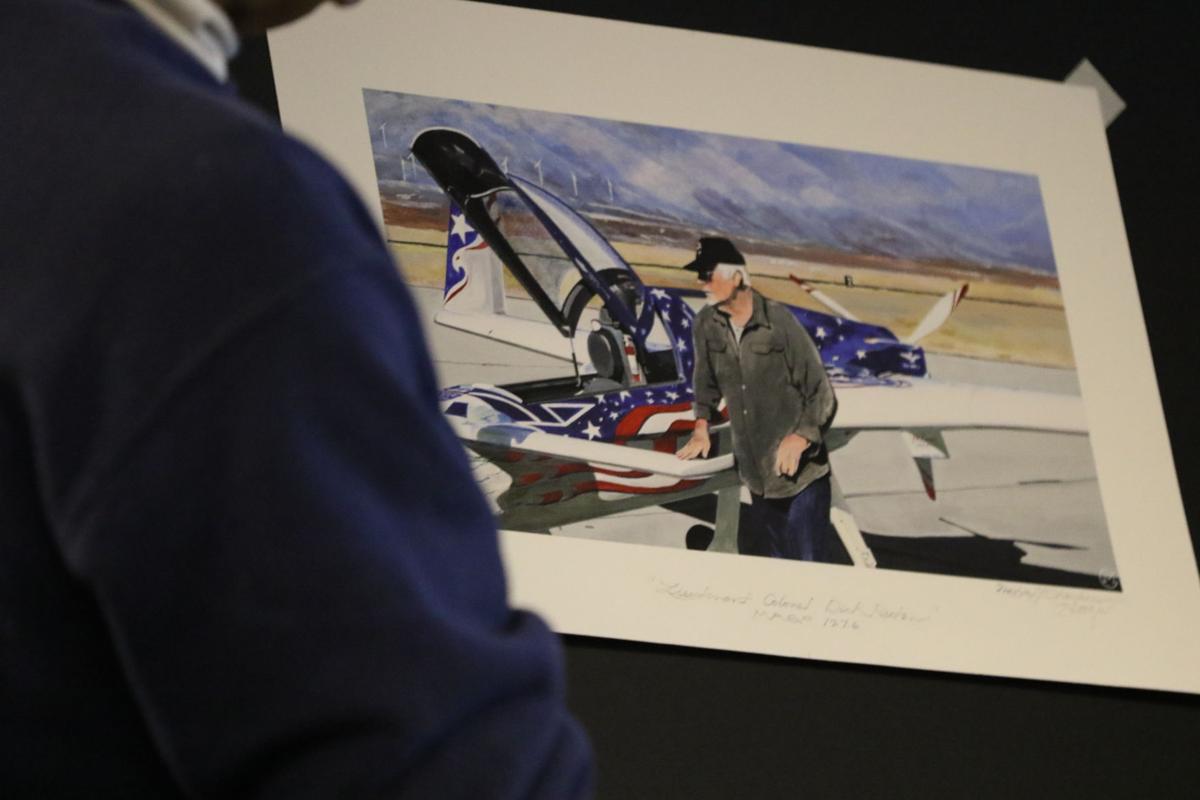 MOJAVE — Last weekend’s Plane Crazy Saturday was not just the first PCS of 2019, it was also the 10th anniversary of the now legendary gathering of some of the most noteworthy pilots and planes, which come together once a month to celebrate all things aircraft and flight related at one of the most iconic places for flight around: Mojave Air and Space Port.

The MASP boardroom was standing room only for the auspicious occasion, and many a familiar face was in attendance to celebrate the day. Emceeing the event as always was Cathy Hansen of the Mojave Transportation Museum Foundation, the founder of Plane Crazy Saturdays, the driving force behind PCS and MTM, as well as a longtime resident of MASP (and Mojave) along with her husband Al of many years, who keep several of their aircraft collection at MASP and regularly display them for PCS. Her tireless efforts have been the binding force of PCS and MTM’s work at MASP.

Special guest speaker for the anniversary was Mr. Joe Biviano, who was awarded the “Wright Brothers Master Pilot Award” by the FAA last March in Palmdale. He has been flying for over 50 years and spent 21 of those working at Lockheed Martin from 1980 to 2001, where he was an engineering test pilot, wind tunnel test engineer, structural test engineer, reliability and maintainability engineer, and performed flight test engineering. All that after having flown A4 and T2 jets in the Navy in Japan during his 6 1/2 years of service.

Biviano gave a lecture of the effects of aging on pilots and flying, which was quite detailed and well received by all in attendance, many of whom know exactly what he was lecturing about given the number of Vietnam-era pilots that attend PCS on a regular basis. While Biviano’s lecture and work on pilot aging was captivating, most in the boardroom were there to celebrate the anniversary — and a celebration it was.

Following Biviano’s lecture and the presentation of a Voyager T-shirt to him, as is customary for speakers at PCS, the anniversary celebration got underway. Field representative Michael Clark of Supervisor Zack Scrivner’s office, along with a field rep from Assemblyman Tom Lackey’s office, delivered Certificates of Recognition from Sen. Shannon Grove and Assemblyman Tom Lackey, as well as Supervisor Scrivner. Two cakes with “Plane Crazy Saturday 10th Anniversary” written in icing were on display with scale vintage planes atop them as fitting ornaments for the occasion.

Just prior to the cake cutting, Los Angeles architect and artist Michael Chasteen, owner of 213 Studios in L.A., presented both Al Hansen and American aviation legend Dick Rutan with paintings he had done for each of them in honor of the occasion, as well as congratulations for Cathy Hansen and the entire MTM crew for PCS 10th Anniversary.