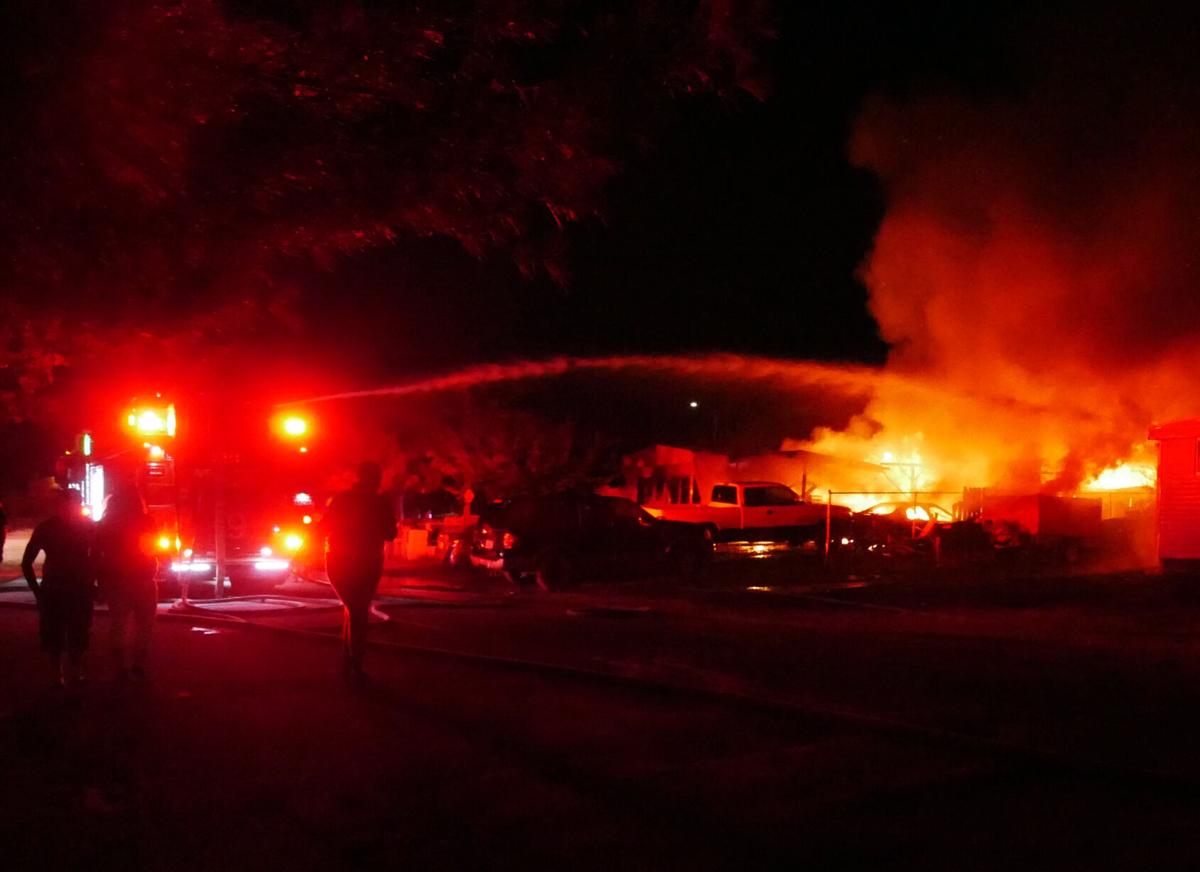 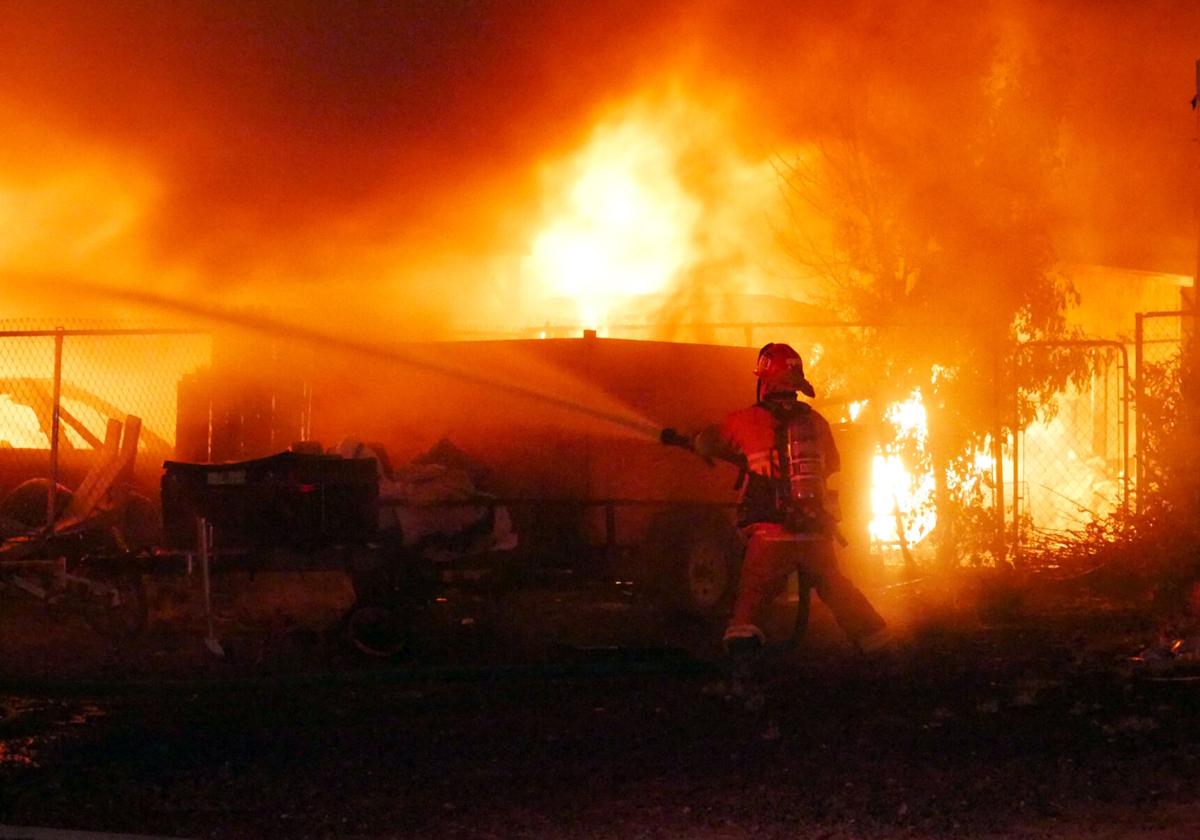 Firefighters received a call at 11:47 p.m. and arrived on scene in response to to reports of flames coming from a residence.

On arrival, firefighters found a single family mobile on and multiple vehicles on fire. All of the occupants, including two adults and six children, reportedly exited safety after waking up to the smell of smoke.

While firefighters worked to secure the scene and protect nearby homes, a gas meter was compromised, causing a gas leak. This prompted the evacuation of five additional homes as a precaution.

SoCal Gas was called in to secure the gas line while firefighters continued to combat the fire. The fire took 40 minutes to knock down, according to CCFD.

According to the fire department, two people required medical treatment; one fire-related and one due to an unrelated anaphylactic emergency a few houses down from the fire location.

On 08/3/2020 at approximately 11:47PM, CCFD was dispatched to a structure fire response for multiple reports of flames coming from a residence.

Paramedic Engine 19 arrived on scene to find a single family mobile home and vehicles on fire. All occupants, 2 adults and 6 kids, safely exited the home after they woke up to the smell of smoke.

Firefighters made an aggressive attack of the fire while protecting nearby structures from catching fire. During fire suppression efforts a natural gas meter was compromised by the fire causing an uncontrolled gas leak. Evacuations were promoted for 5 nearby homes. Firefighters were able to secure the leak with assistance from SoCal Gas. Complete knock of the fire took approximately 40 minutes.

The fire remains under investigation by CCFD Fire Investigators.

Red Cross has been notified to assist the family.

A GoFundMe fundraiser (https://tinyurl.com/y6ovubnj) organized by relative Marieana Welling has been set up to help the displaced family.