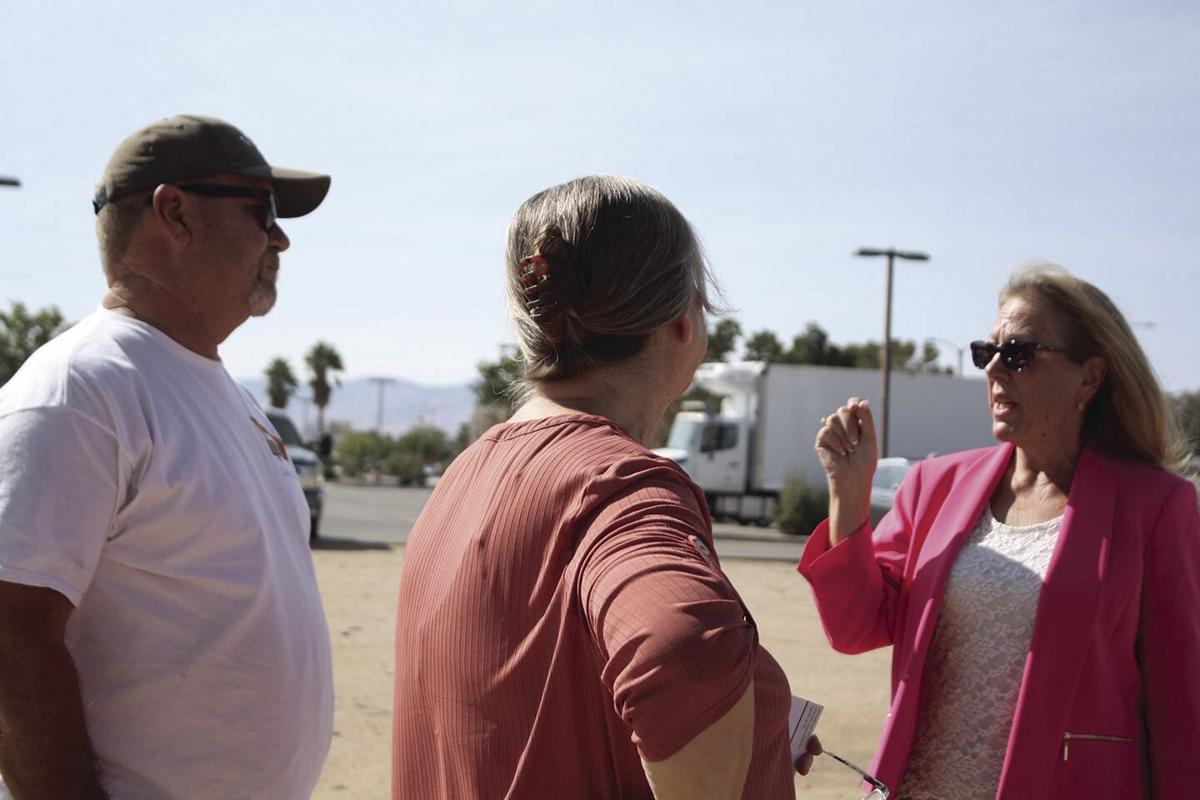 California City Mayor Jeanie O'Laughlin speaks with residents who signed the petition about their concerns in the city. The couple said they have trouble reaching council members and wanted to see more efforts put into cleaning up litter in the city. 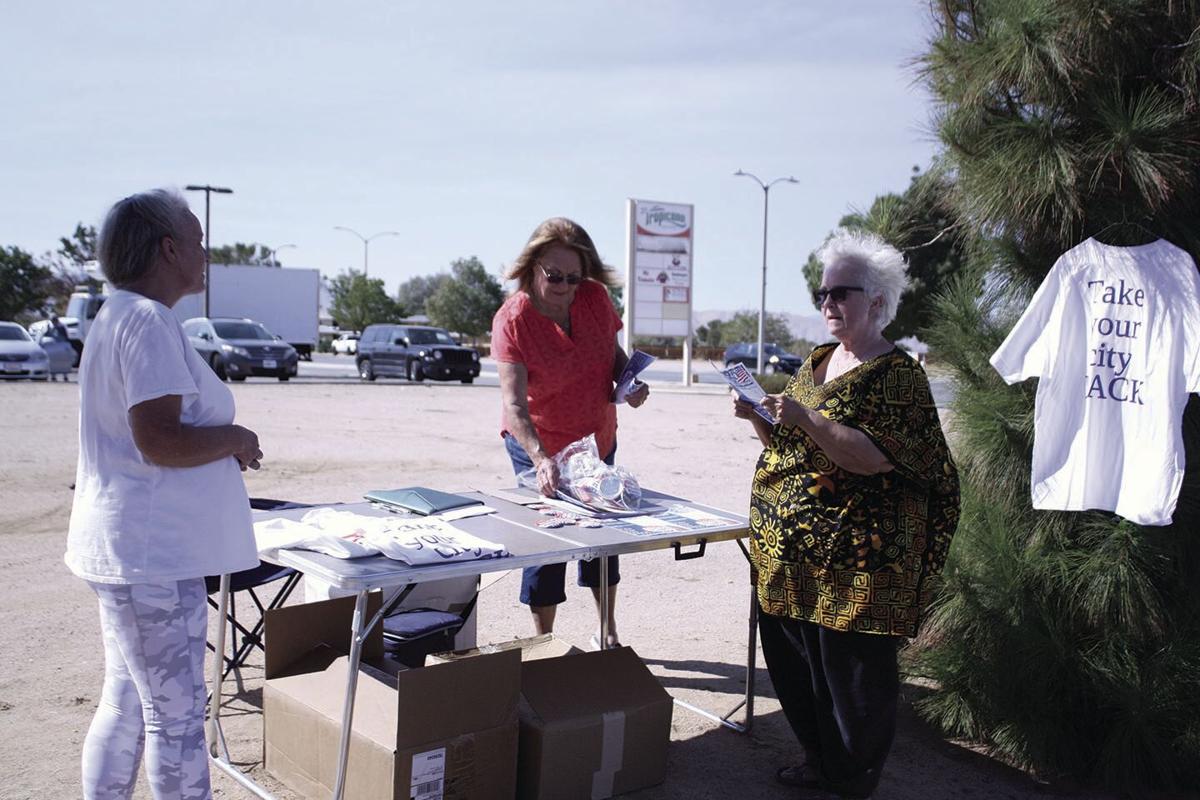 Vice Chair Planning Commissioner Carla Conry speaks with friends and supporters of the mayor, who suggested a forum where the mayor could speak to the public more openly. Conry manned the table alone saying she was just participating as a concerned citizen.

California City Mayor Jeanie O'Laughlin speaks with residents who signed the petition about their concerns in the city. The couple said they have trouble reaching council members and wanted to see more efforts put into cleaning up litter in the city.

Vice Chair Planning Commissioner Carla Conry speaks with friends and supporters of the mayor, who suggested a forum where the mayor could speak to the public more openly. Conry manned the table alone saying she was just participating as a concerned citizen.

CALIFORNIA CITY – Following a group of residents’ announcements to recall Mayor Jeanie O’Laughlin, a petition signing was held on the corner of California City Blvd and 82nd St. Oct 3.

Carla Conry, vice chair of the planning commission, manned a table with signs, buttons and t-shirts offered to those who stopped by and signed. While she watched the table alone, she stressed she was only a volunteer to the cause.

“I’m just here as a resident,” Conry said. “I’m not running the effort, just participating as a citizen.”

Conry said the recall effort stemmed following a payout of more than $400,000 to former city manager Anna Linn after she resigned from her position. Linn’s resignation itself stirred controversy in Cal City when council members kept the meetings to discuss her performance closed to the public.

“Money like that could have been used elsewhere,” Conry said. “Our town isn’t moving in the direction it should be.”

Conry added, the mayor was accused of conducting a smear campaign against other competitors during the 2020 election, and having a small circle donate to her campaign despite O’Laughlin’s claims of running her campaign alone.

O’Laughlin stood nearby to make herself available to any residents that wanted to speak with her. A couple residents shared their concerns of illegal dumping in the area and exuberant city spending. She said it was important that she had a chance to answer questions for herself and give out facts.

“I thought maybe people should be able to talk to me,” O’Laughlin said. “I wish I had all this power people think I have, but ultimately I am only one vote on the council.”

The mayor denies that she has any ulterior motives against the city, especially when it comes to her relationship with Mrs. Linn. She accused the group behind the recall effort of sharing misinformation in the city, damaging its reputation.

“I have no hit list, no vendetta against the city. What bothers me most is the same small group of people spreading lies, it’s not good for our city.”

The group made their intent public Aug 10 during a regular city council meeting. Jane Ridding, a citizen of California City for over 30 years, read passionate comments to the council before giving the announcement.

“There are many in the community who have become disillusioned with the performance of the mayor and the city council,” Ridding said. “It has become apparent that the mayor and some of the city council have one purpose in mind, to grant favors to those who have contributed to their election campaigns. The citizens of California City deserve better than this misguided, selfish, stupidity.”

The announcement came weeks after former city manager Anna Linn resigned from her position after less than two years on the job. Several closed sessions were held in July amongst the council to discuss Linn’s performance, a move that concerned residents who called for more transparency and questioned the council’s motives.

O’Laughlin maintained that Linn was not fired, and the decision to resign was amicable between Linn and the council. She adds that any money paid out to Linn was due to a claim filed against the city.

“There are people who don’t want to come to our city because of the rumors spread on social media,” O’Laughlin said. “I want nice things for us, for our city. We deserve to have that, maybe not like an LA but more like a Tehachapi. That people would hate our city enough to do this, that’s the worst part.”

Kyarra is a journalist covering news and events in East Kern County. She writes features and covers politics on her blog at backtalknotes.com