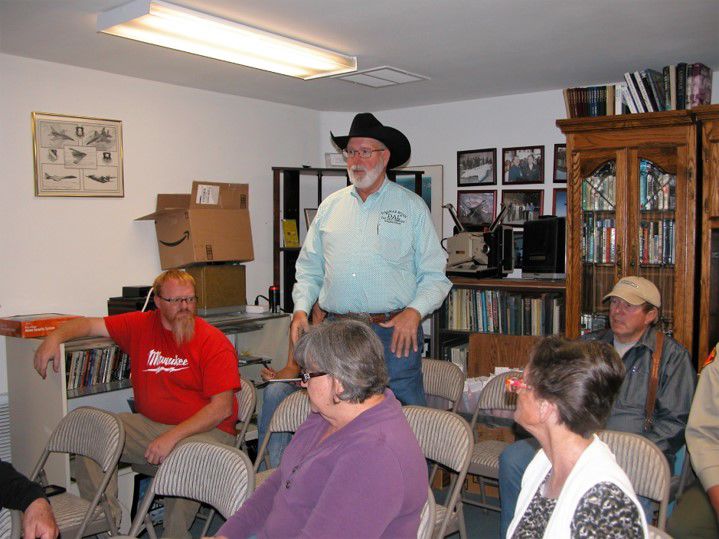 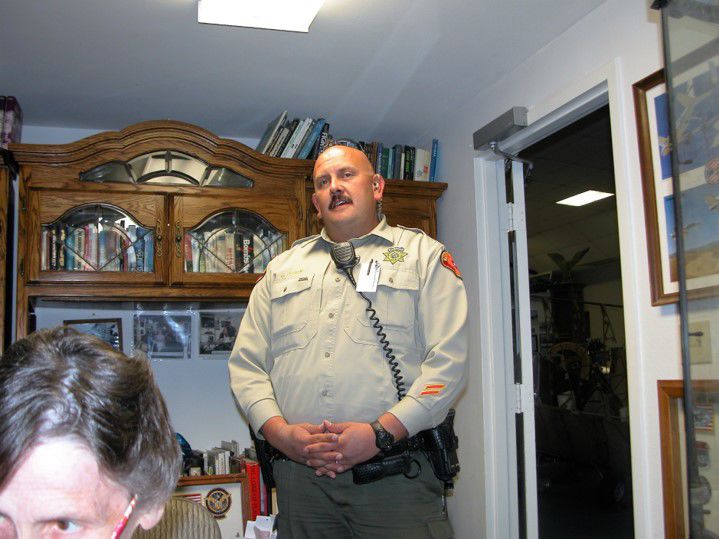 Boron – Due to the Columbus Day Holiday, the Boron Chamber of Commerce held their monthly meeting on Monday, October 15, 2018, which began at approximately 6:30 p.m. inside the Ron Brady Memorial Media Room of the soon-to-be renamed Boron Aerospace Museum.

Chamber President Randy Smith called the meeting to order then led everyone in the Pledge of Allegiance and Chamber Treasurer Tami Brown then led the opening prayer.  Randy then got down to business.

Chamber Secretary Shelly Keller-Gage was late so Mr. Smith continued on with Public Time in which Kern County 2nd District Supervisor candidate Dal Bunn introduced himself and his colleague. Mr. Bunn then continued by saying a little bit about himself and what he stands for; “I’m just a working Joe, working for all the other Joes; I’m not a politician but if you need me, my door is always open. If there’s anyone who would like to ask me any questions, after the meeting we can talk shop and I’ll try to answer the best I can”.

Ms. Keller-Gage arrived and the minutes of the past meeting were read, voted on and approved then came the sheriff’s report. Kern County Sheriff’s Deputy J. Perry stood up and gave a report on a few incidents around the area, including the training session of the fire department which took place on the west end of Nichols Street. Chamber Events Planning Committee Chairman Anthony Espindola gave a report on 20 Mule Team Days and the upcoming Halloween Trunk or Treat and Mad Science Lab which is scheduled to take place on Halloween Night.

Mayor Dale Slavinski was next with the Mayors report and he stated that he’s glad he got re-elected so he can finish some of projects he and other volunteers around Boron have started.  Karen Caillier was next with the 20 Mule Team Museum report; all is well except we could use a few more volunteers she stated. The aerospace museum had a leak in the cooler which took out a portion of the ceiling inside the museum.  Treasurers’ report was handed out, looked over, corrected, voted on and approved with correction. There was nothing to report under Old Business and New Business saw Mr. Espindola again at the helm. He presented the chamber with a Meriwether Circus flyer and it was mentioned that the circus could be a possibility sometime in April of 2019. Halloween was mentioned again, and then Mr. Smith said the next meeting will be held on Monday, Nov. 12, 2018 at 6:30 p.m. at the aerospace museum.  Beck Thompson called for a motion to adjourn and the meeting adjourned just after 7:30 p.m.