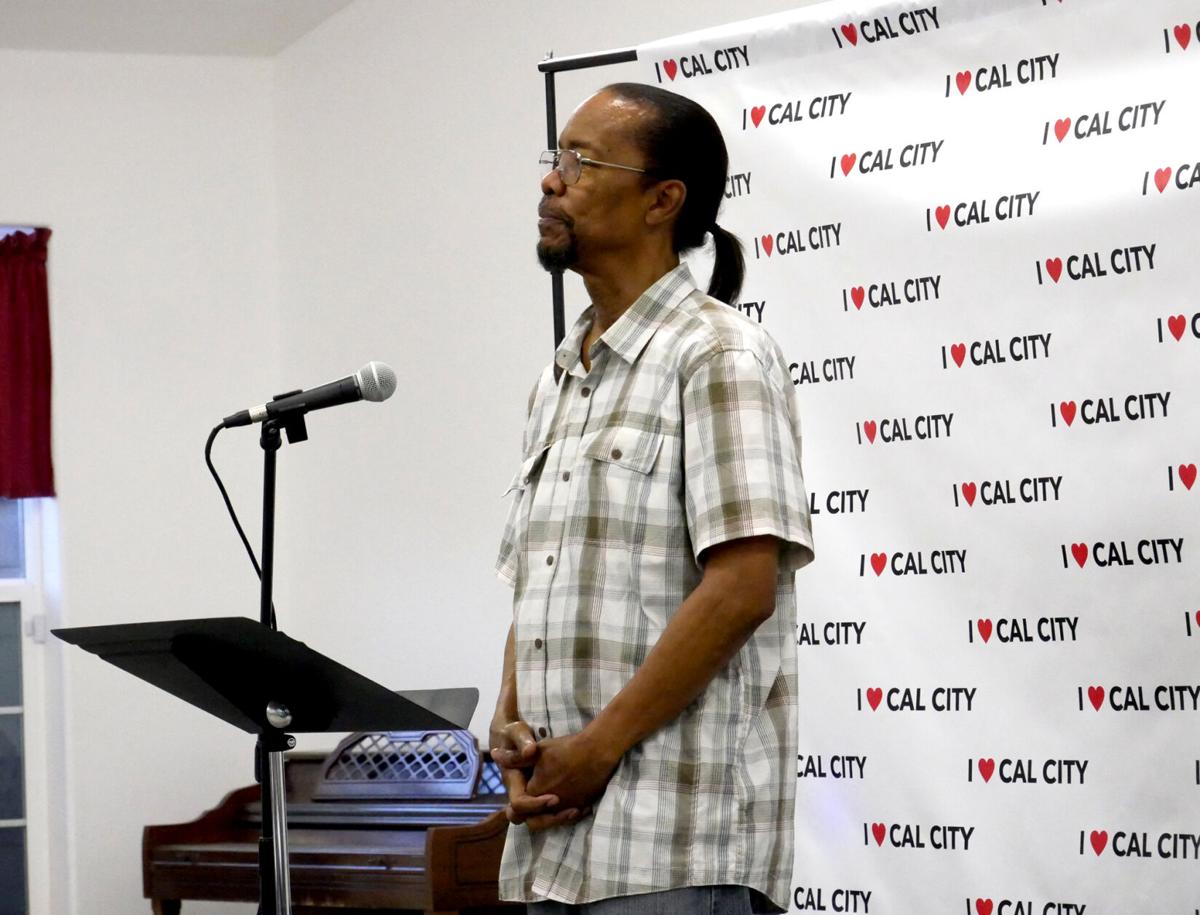 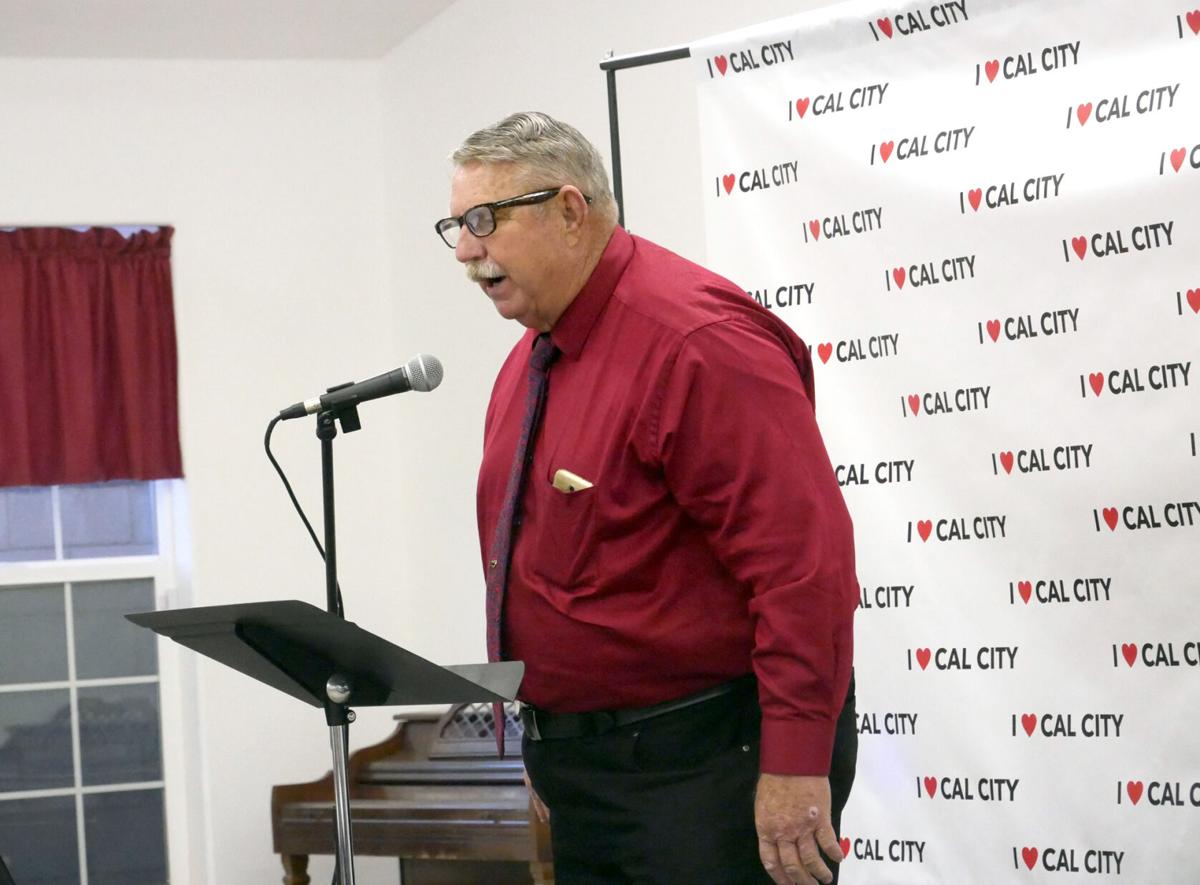 Local Cal City candidates again gathered together for a meet-and-greet event on Friday, Oct. 2. The second event, hosted by “I Love Cal City” at Victory Baptist Church, allowed mayoral and council candidates to provide a brief, four-minute introduction on their positions before engaging in individual conversations with voters.

A California City resident since 1996, mayoral candidate Pope said he recalled a time when organizations actively recruited to bring businesses to town.

Pope’s platform: “I have a plan to have no plan,” he said during a candidate meet and greet event at Victory Baptist Church on Oct. 2.

“The city was the type of city that was business-friendly,” Pope said. He added he hasn’t heard much about either the local economic development corporation or the Cal City Chamber of Commerce.

(Cal City currently lacks an EDC and the Chamber, while restricted by current pandemic stay-at-home orders, has been active, including some ribbon cuttings and re-asserting monthly meetings via ZOOM).

Pope added he could recall better times and better road conditions, among other things, as well as when residents would go beyond complaining about trash in the desert and move to clear it out.

“I remember when we could go down to city hall and actually get something done,” Pope said. “Now what I’m hearing is people sing that old song, ‘Make me want to holler. And throw up both my hands.’”

Pope added these days when it comes to doing something, “all you have is an accident waiting to happen and an argument in progress.”

Pope noted his “plan to have no plan” would be a change.

“Every plan has failed since 2000,” he said. “We all come in and know what we want to accomplish and we tell the citizenry that they have to do that.”

Instead, he stressed, elected officials should be “getting together and finding out what the citizenry wants and work on that first.”

Another goal: “Find out what’s wrong, fix it, and move on to the next thing and fix that.”

“We have four years to either come together or die,” Pope said.  “It’s not my choice, it’s yours.”

Mayor Pro Tem Don Parris took his seat on the dais after being elected as a councilmember following the November 2016 election. A 28-year resident and Vietnam War veteran with more than 20 years of law enforcement experience, Parris noted his platform centers on public safety in the community.

“We need police and we need fire for this city to exist,” Parris said.

Like some other candidates, Parris noted the city has the money necessary to conduct capital improvement projects such as replacing some of the city’s ailing water line system.

Parris noted the pandemic has placed a slight hitch in some plans but isn’t a roadblock.

“COVID-19 has really shut us down but we are starting back together to get the city up and running,” Parris said. “Potholes, weeds, we hear it all. But it’s putting together the teams to get out there and do it.”

Parris said with the new budget passed, “it’s looking good all the way around for us to start doing what’s necessary to bring this city back again.”

He noted that some manufacturing industry companies, such as solar-based ones, are interested “in building in California City” and could create 30 local jobs.

Parris said a recent tour of Attil Farms, a cannabis facility on the west end of Cal City Boulevard, shows him the benefit of the Measure A cannabis business tax voters approved in June 2017. He said Attil Farms was nearing completion of several 10,000 square foot buildings.

“Think of the revenue that will come after that,” he said of Attil Farms. “The cannabis industry is building like crazy.”

His stance on Measure A and bringing the cannabis industry to Cal City ties back to public safety.

“The purpose of bringing the cannabis industry here was so that we would have a tax base that would take care of police and fire,” he said. However, he stressed the need for proper accounting.

“We should have audited these people four years ago. We’re now just starting,” he said.

The council at its Sept. 22 meeting contracted HdL Companies to conduct a series of audits on cannabis businesses, under the city’s municipal code. However, the audits are limited to distribution and manufacturing operations, not cultivation or dispensary.

“People are paying their taxes, but the question is are they paying the right amount of taxes,” Parris said. “With these auditors, we are going to find out and we’re going to increase our tax base tremendously.

Editor’s note: This story reflects two mayoral candidates who did not speak at a previous meet and greet. I Love Cal City has conducted interviews with several local mayoral and city council candidates, available online at ilovecalcity.com.