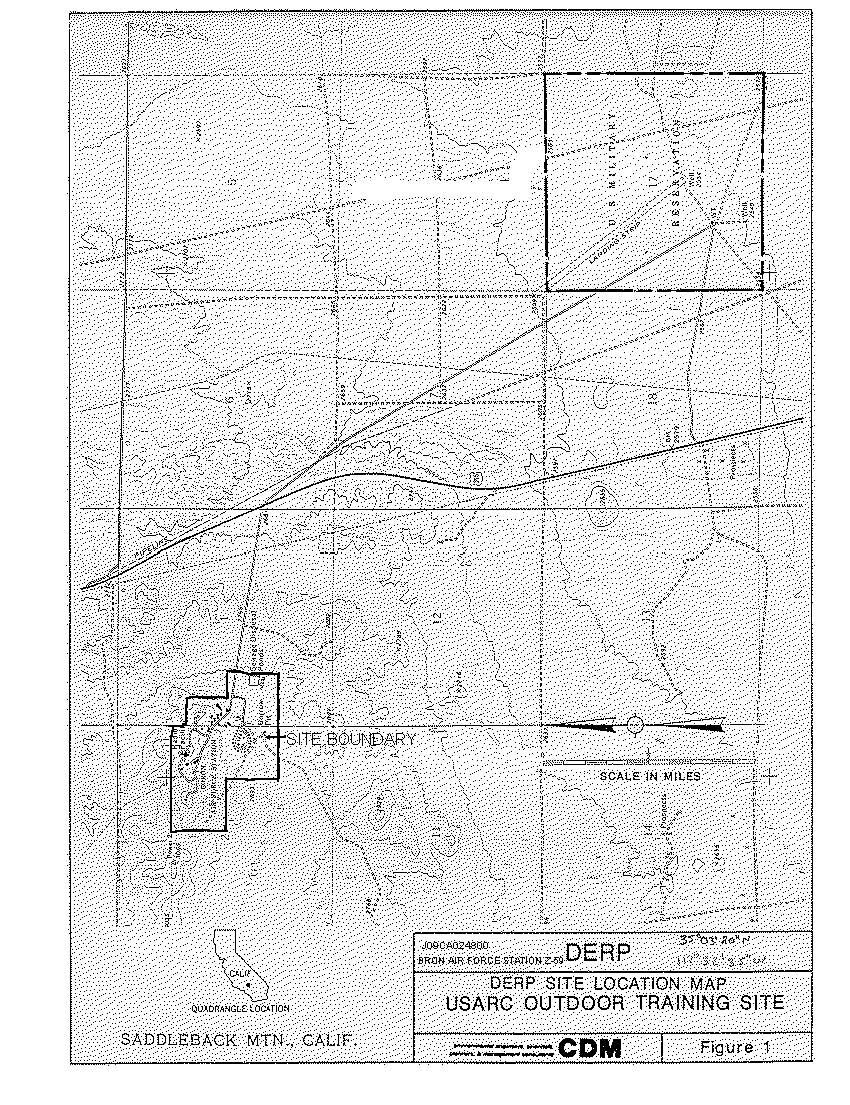 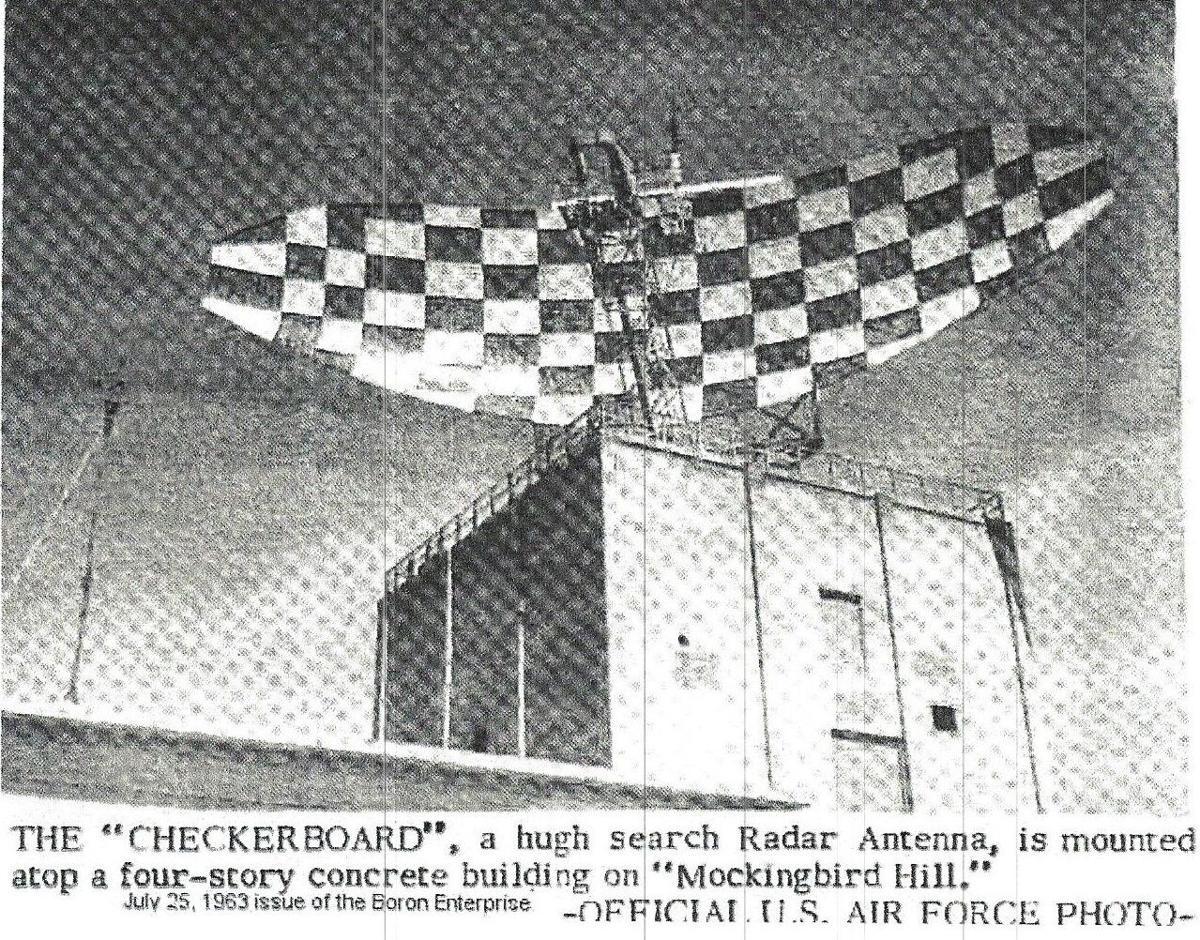 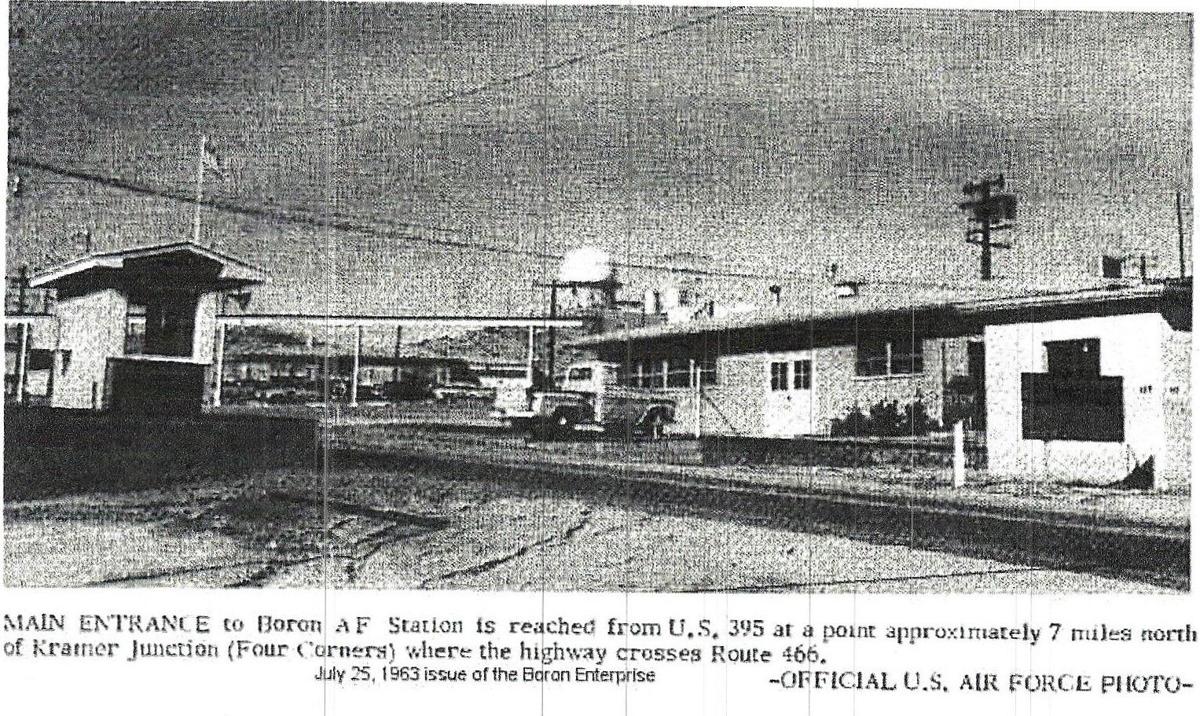 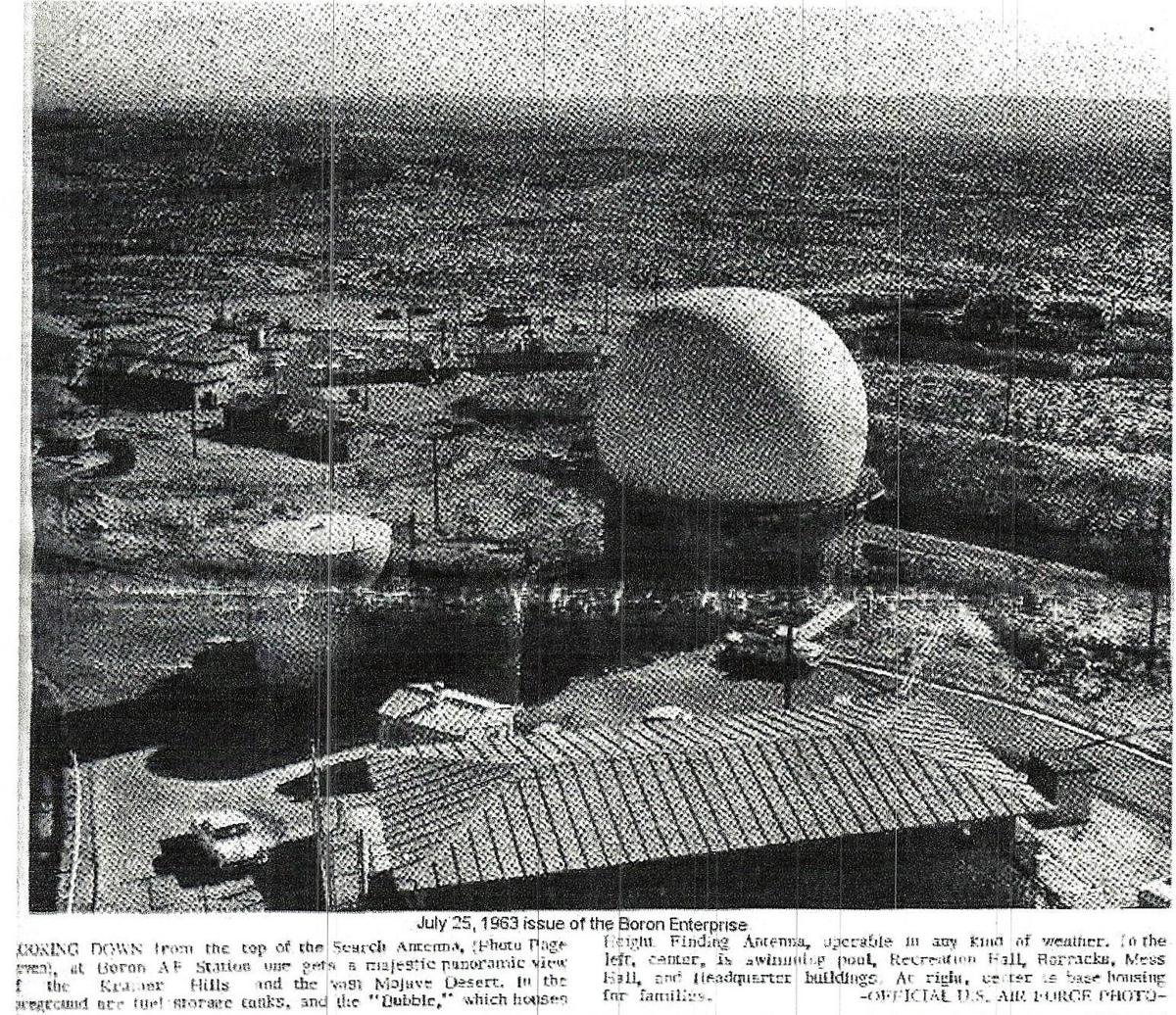 KRAMER JUNCTION – People who travel along State Route 395 north pass a turn-off just 7 miles north of Kramer Junction where the site of the old Boron Federal Prison once stood; have you ever wondered about the history and origin of how the place came to be? Most residents of Boron including myself know the area as “750th” while they were growing up so I decided to dig a little deeper into the past and here’s what I came up with according to the California State Military Museum and the Corps of Engineers History:

BORON AIR FORCE STATION – is a closed United States Air Force General Surveillance Radar Station located approximately 6.8 miles northeast of Boron, California in San Bernardino County; the facility was closed in 1975 by the United States Air Force and turned over to the Federal Aviation Administration (FAA) as part of the Joint Surveillance System and is still in use today.

The Boron Air Force Station Z-59 was acquired by the United States Air Force in various transactions from 1950 to 1952 and was one of 28 stations built as a part of the second segment of the Air Defense Command permanent radar network. Due to the start of the Korean Conflict (Congress never declared it a war), on July 11 1950, the Secretary of the Air Force asked the Secretary of Defense for approval to expedite construction of the permanent network; receiving the Defense Secretary’s approval, on July 21, 1950, the Air Force directed the Corp of Engineers to begin the construction.

On January 28, 1952, the 750th Aircraft Control and Warning Squadron was assigned to Atolia, Calif. and assumed coverage responsibilities formerly held by the temporary “Lashup Site” which was located on site L-40 at Edwards Air Force Base operating 2 AN/FPS-10 radars at the new site; initially the station functioned as a Ground-Control Intercept and Warning Station. As a ground control intercept warning station, the squadron’s role was to guide interceptor aircraft toward unidentified intruders that were picked up on the units radar scopes; Atolia Air Force Station was renamed Boron Air Force Station on December 1, 1953.

In 1958 an AN/FPS-6 replaced the AN/FPS-10 radar (which remained in the Boron station until 1959) and a second height-finder radar known as AN/FPS-6a was installed in 1959. In 1961, Boron Air Force Station joined the Semi Automatic Ground Environment System or SAGE for short feeding data to DC-17 at Norton Air Force Base which is also in California. After joining, the 750th squadron which was re-designated as the 750th Radar Squadron on May 1, 1961 provided information 24 hours a day, 7 days a week where it was analyzed to determine range, direction, altitude and speed and whether or not aircrafts were friendly or not.

In addition to the main site, a Ground Air Transmit Receive site was located approximately 3.5 miles north of the main site in order to gain some distance from the high powered RF energy from the search radar systems; the GATR sites were used to communicate audibly to intercept aircraft in order to vector them to airborne targets.

Adding to the defense mission, the Boron Air Force Station also became a joint use facility with the Federal Aviation Administration (FAA) for use in tracking aircraft in the Los Angeles sector; by this time, the AN/FPS-10 had been replaced by the AN/FPS-20 search radar. This radar however was soon replaced by an AN/FPS-35 FD radar; Boron Air Force Station was re-designated as NORAD ID Z-59 on July 31, 1963.

In addition to the main facility, the Boron AFS operated several gap-filler sites that included Shafter and Joshua Tree; one was planned for the Lone Pine area but never came to be. Over the years, the equipment at the station was upgraded or modified to improve the efficiency and accuracy of the information gathered by the radars; in 1968, the AN/FPS-90 was deactivated and in 1969, the AN/FPS-35 was removed and replaced with a AN/FPS-67 located on the same tower with a radome and became operational in 1970.

The following is a list of Units and Assignments that were at Boron Air Force Station:

ASSIGNMENTS – 544th Aircraft Control and Warning group on 01/01/1952, 27th Air Division on 02/06/1952, Los Angeles Air Defense Sector on 10/1/1959, 27th Air Division on 04/01/1966 and 26th Air Division on 11/19/1969 to deactivation on 06/30/1975. Boron Air Force Station was converted into a federal prison in 1979 for minimum security male prisoners who were sentenced to 10 years or less; the prison closed in 2000; the former housing area and prison have all but been destroyed (fire destroyed the visitors center in 2011 and administration building in 2009) and the United States Department of Justice is currently investigating trespassing activity at the facility; any and all identified instances of trespassing are logged and trespassers may be subject to federal and state prosecution including prison and fines.